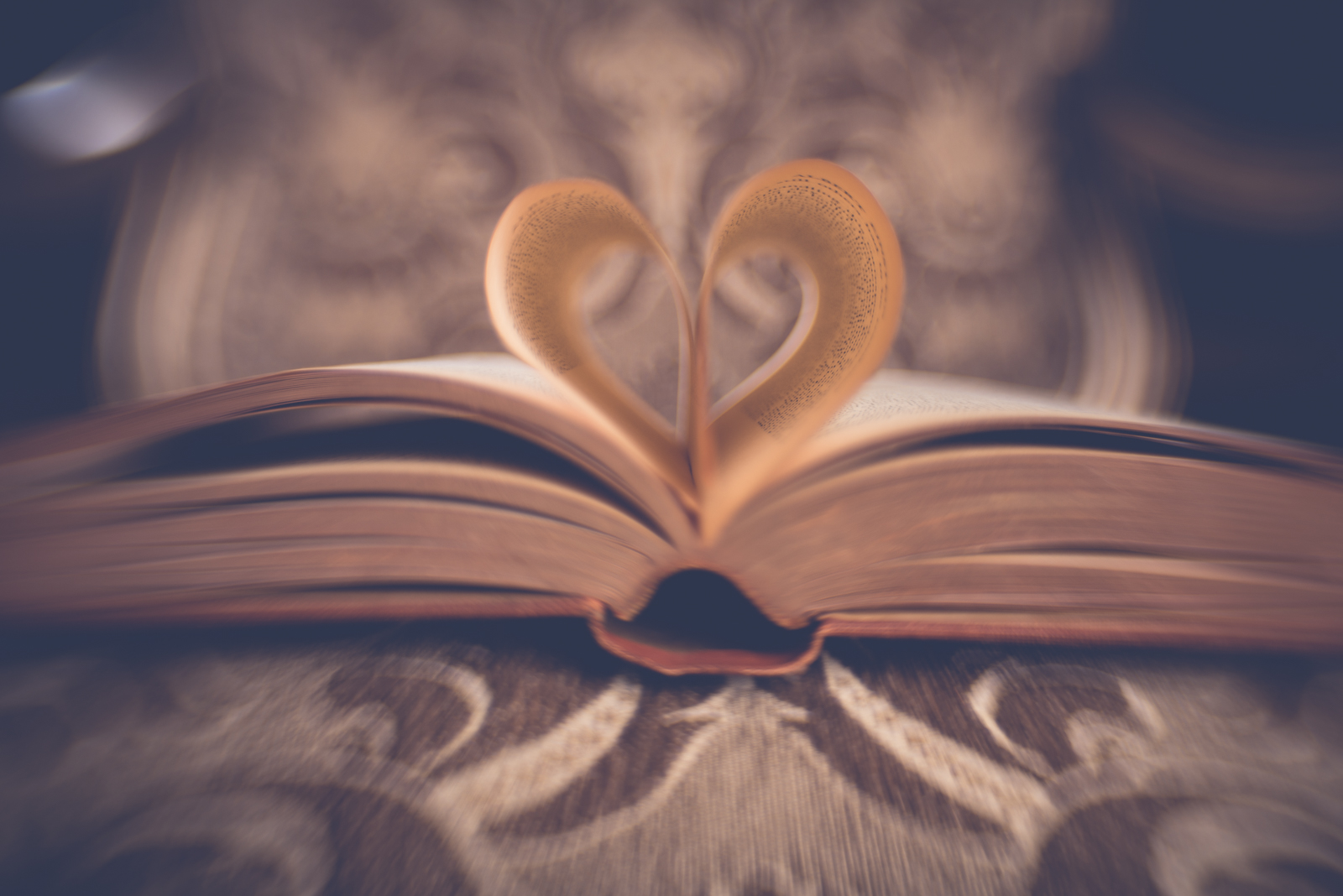 In honor of the upcoming holiday, we’ve each got something to say about a few of our favorite heartthrobs, sometimes known as ‘book boyfriends.’ Read on to find out who is making our *gasp* breaths catch in our chests, and why warmth is spreading through our… hearts this Valentine’s Day.

When we decided on the topic for this week’s post I cycled through all of the male characters I’ve loved in books – everyone from Gansey in The Raven Cycle, to Will Herondale from The Infernal Devices, to Mr. Darcy from Pride & Prejudice. Then I laughed at myself and admitted what I pretty much already knew: my book boyfriend is 100% James Alexander Malcolm Mackenzie Fraser.

I first read Outlander by Diana Gabaldon almost by mistake. I’m going to tell my Outlander story in another post at some point down the road, but suffice to say I loved Jamie Fraser for over a decade before all those Starz fans showed up on the scene. 😉 There are so many things I love about Jamie Fraser. He is certainly brave and dashing, and while he occasionally has (to us) out-of-date ideas about gender roles specific to his time period, he’s also smart, charming, brave, pig-headed, and fallible. I love his humor, his wit and his dedication to the people and places he loves. I also love his evolution and development, particularly his survival and his ability to adapt when circumstances could have easily destroyed him.

“But I talk to you as I talk to my own soul,” he said, turning me to face him. He reached up and cupped my cheek, fingers light on my temple. “And, Sassenach,” he whispered, “your face is my heart.”
–Diana Gabaldon, Dragonfly in Amber

I wish the Starz series really captured the Jamie I love from the novels, but maybe they dialed back how amazing he is so that no one’s ovaries explode while watching. If you only know Jamie from the show, please give some thought to reading the books. He’s even more wonderful than Sam Heughan’s charming smile.

Newsflash: I spent my time from 12 to 16 (and a bit more if I’m being honest) as an awkward girl who pined after boys that only wanted to be my friend. I pined after my best guy friend from sixth grade through ninth or tenth grade. So of course, I found a kindred spirit in the ever-loyal Gilbert Blythe from the Anne of Green Gables series by L.M. Montgomery. He is smart, he is handsome, and most importantly Gilbert loved the awkward bookish Anne faithfully for years.

While other girls were, of course, interested in the dishy doctor-to-be, his heart always belonged to the smart, independent girl. This was so despite the way she constantly put off his advances and insisted that their friendship would never be true love. It was unrequited to the extent that I often wanted to reach into my book, grab Anne by the shoulders, and shake some sense into that girl. For those interested, Anne of the Island is my favorite book of the series because there, Gilbert’s patience finally pays off.

Gilbert challenged Anne intellectually. He loved her for her mind and her opinions and her ideals, not in spite of them. The handsome boy that all the girls found dreamy just wanted to settle down with the awkward brainy girl. If that isn’t swoon-worthy, I don’t know what is. And my book nerd heart always held on to the hope that one day I would find my own Gilbert. I should probably let my husband know that while I love him, part of my heart will forever belong to Gilbert Blythe.

And I would be remiss if I didn’t mention that the Netflix Anne with an E series did a delightful job casting a young man that captures the essence of Gilbert. Although I won’t get into my feelings on some of the changes those producing the series took, I will say that I 100% support their Gilbert casting.

There are so many book boyfriends to choose from, it’s almost like writers are making these boys lovable on purpose or something! Thus, instead of choosing a single book boyfriend, I’ve created a list of superlatives for you to enjoy. (In making this list, I realized I *might* have a ‘type’ when it comes to book boyfriends; see if you can figure out what it is…)

I’d most want to marry for his house: Mr. Darcy from Pride and Prejudice by Jane Austen.
Though he’s a slow burn (because he’s a bit of a git at the beginning of the story), in the end he totally redeems himself when he introduces Lizzy to his sister. And Pemberley certainly doesn’t hurt his case. My favorite non-Jane-Austen P&P books are the Fitzwilliam Darcy, Gentleman trilogy by Pamela Aidan, because they tell the story from Mr. Darcy’s point of view in a way that gives you some insight into what he may have been thinking throughout, and ultimately make you love Mr. Darcy even more by the end.

I’d most like to have at my back in a fight: Roarke from the In Death series by J.D. Robb. (Though Jamie Fraser from Outlander is a close second!)
Sure, he’s had a shady past. But Roarke is interested in doing the right thing, which becomes even more pronounced the longer he’s with Dallas. And he has sweet martial arts skills, as well as the ability to hack into just about any computer system. If I were in a real scrap, as Dallas seems to be in just about every other book, I’d definitely want Roarke backing me up. Plus, he’s a multi-billionaire, and he lives in a castle. Come to think of it, I’d marry him for his house, too.

I’d totally go searching for ley lines with: Gansey from The Raven Cycle books by Maggie Stiefvater.
From his first introduction in The Raven Boys, as he’s hunting for ghosts, I think I was already a little bit in love with Gansey. He loves his old car. He creates scale models. He’s a straight-edged, most-likely-to-run-for-president, boy scout type. Also he’s very into mythology and interested in things that might not seem real to other people. So many qualities that are right up my alley. Then, when they need to go looking for ley lines, he calls up his sister who brings the family helicopter. Um… yes, please.

Do you have a favorite book boyfriend / girlfriend (or a few)? Let us know in the comments!