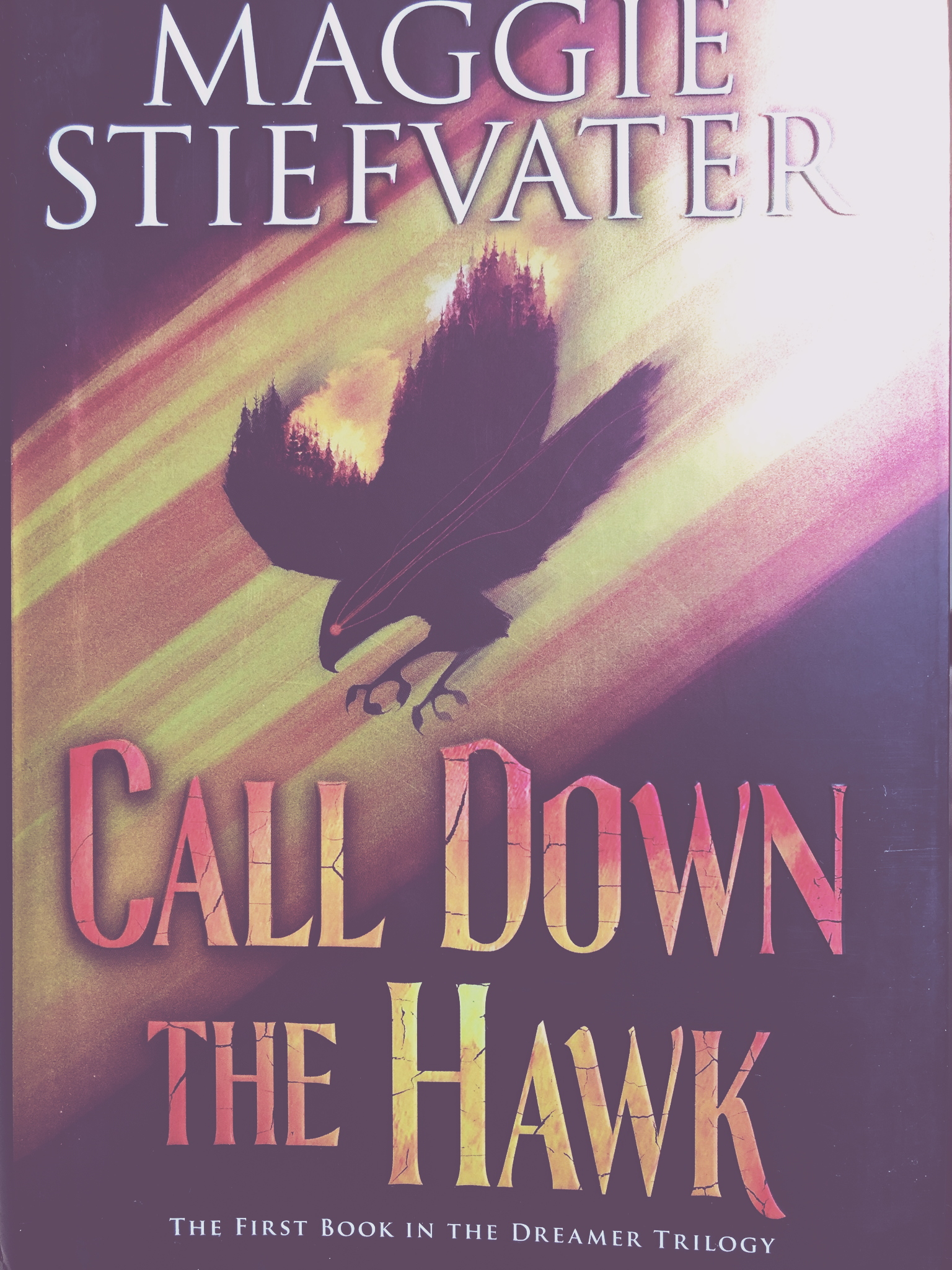 He backed into a spot, scrutinizing his automotive neighbors, assessing their desire and aptitude for opening their doors into the side of his car.

“We’re at an illegal black market and you’re worried about some Honda opening their door into you?” His brother’s Declanisms never ceased to amaze Ronan; just when he felt he had reached peak Declan, he always dug deep and found another gear.

“Not that Honda–they keep it clean.”

― Maggie Stiefvater, Call Down the Hawk

I have been looking forward to Maggie Stiefvater’s latest book, Call Down the Hawk since she started teasing about it on Twitter. It promised to be a further look into the world she created with The Raven Cycle (which starts with 2012’s The Raven Boys) – specifically focused on Ronon, one of the Raven Boys. Yes, please.

Here’s where the confession part of this review comes in: Call Down the Hawk was released on November 5, 2019. My job is directly tied to the retail industry, so starting much of anything in the lead up to Black Friday and Christmas was not a great decision on my part. In the holiday season my brain is pretty battered, and I tend to be exhausted a lot of the time. So, although I did begin reading the book on the flight to and from a business trip, I then stuck it in my book sleeve and it sat on my coffee table.

It was judging me – I could feel it.

It was thinking, “You were so excited! And the first half of this book was super interesting! Why aren’t you reading me?” And I was all, “Listen… let’s just watch this episode of the Great British Baking Show and not think, okay? I’ll get back to you later.”

So, when the new year rolled over I picked up the book, yanked out the book mark (my boarding pass from that flight I mentioned) and started over.

And then I pretty much inhaled the book.

Maggie Stiefvater, when she’s healthy and on her game (see her post here if you have no idea what I’m talking about) writes lyrical descriptions that manage to not be pretentious. Her characters are complex and interesting, and flawed (SERIOUSLY, they are SO DEEPLY FLAWED). I don’t know what I expected this series to be about, but Call Down the Hawk managed to not be what I expected and yet more than I expected it to be, and I really enjoyed it.

There are multiple storylines occurring simultaneously (and at odds with each other) in this book. There’s Ronon’s struggle to figure out who he is, now that the events of the first series are over and he’s feeling a little bit left behind. There’s a teeny, tiny glimpse of Adam. There’s a bounty hunter-esque character running around with a clairvoyant doing all sorts of terrible things to people.

Things I loved about this book:

Things that I didn’t love as much:

Are you a Stiefvater fan? Have you read Call Down the Hawk, yet? Have you also put a book in ‘time out’ only to come back to it and love it? Let me know your thoughts in the comments!