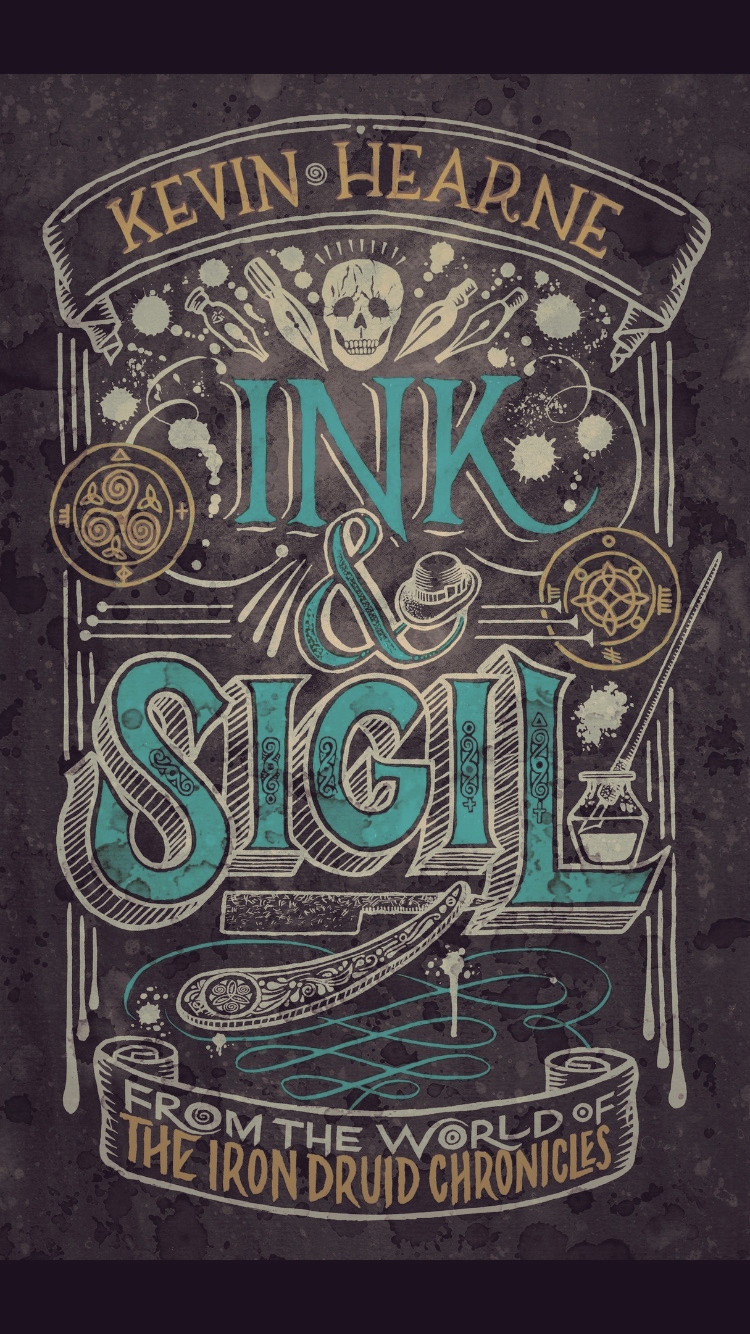 I won a thing on Goodreads!

This has been a good year for me in terms of free books, particularly given that BookCon was cancelled due to Covid. My second win from Goodreads this year was Ink & Sigil, the first in the Ink & Sigil series, which is set in the same universe as the Iron Druid Chronicles by Kevin Hearne. In the spirit of the Goodreads giveaways I was supposed to read and review the book on Goodreads, which I did, but I’m also sharing my thoughts here.

This is the second Kevin Hearne novel I’ve read. Both of them featured quirky characters who were put in funny situations with a good dose of magic & fantasy and interesting plots. In this story, it’s a Sigil Agent whose latest apprentice (number 8) dies (like all of his other ones have) in an accident. This one dies by choking on a raisin scone, which is the source of many quips about how, if you eat a raisin scone you’re basically asking for death. Ha ha.

The Sigil Agent, Al, has to solve the mystery of why his apprentice was keeping a hobgoblin caged in his apartment, while not talking to anyone for too long due to a very specific curse, and engaging in magic and shenanigans that involve the fae. There were also a bunch of conversations around trafficking, which the author clearly researched for the story, so even though the trafficking in the story was about fae creatures the message was obviously aimed at educating readers about human trafficking issues.

The story did involve a good deal of humor, though the humor often involved body parts or functions, which sometimes took me out of the story. Also, there were tons of asides, some of them breaking the fourth wall, that made the whole story feel a bit tongue-in-cheek. However, if you’re willing to look past those things, or even actively prefer them, then you’ll probably love this book.

-Cover design: Amazing.
-Audiobook reader: I switched from the ebook to the audiobook because I wanted to get a sense of the accents, and the reader did a GREAT job!
-Humor: Meh. Not quite my cup of tea, but I was able to look past it to enjoy the book.
-Story and magic system: Interesting enough that I’m planning to read the second in the series when it comes out!

Thanks to the publishers and Goodreads for the free ebook that I won in a giveaway.

Have you read any Kevin Hearne? If so, what did you think? We’d love to hear your thoughts in the comments.