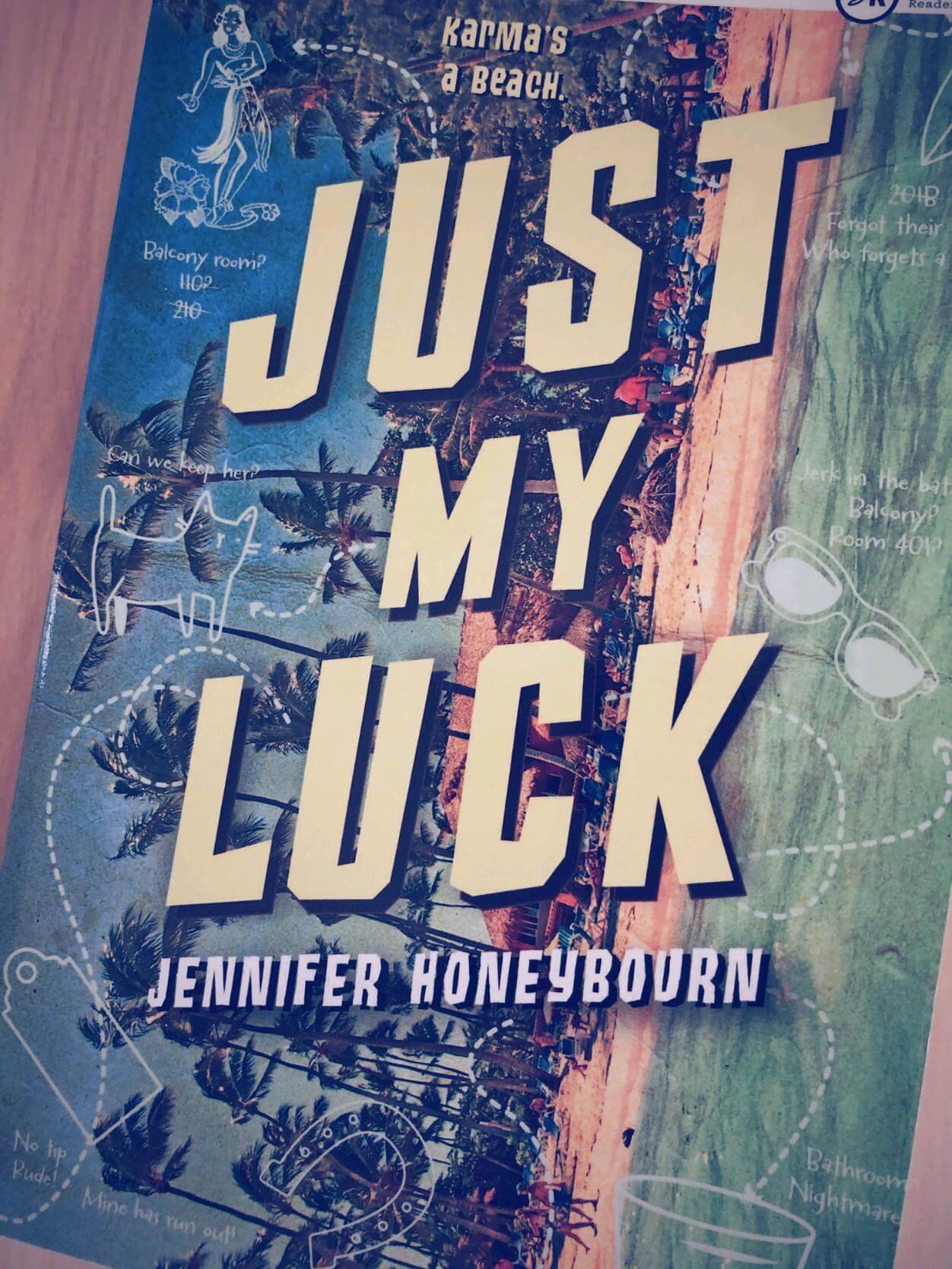 This is a spoiler-free review so feel free to read it even if you haven’t read the book; but remember that we can’t promise anything about the comments.

I’m finally working my way through the big stack of ARCs (that’s an Advance Reader Copy; publishers sometimes give these out prior to the launch of a book to gain interest and reviews) I received at BookCon this year, and Just My Luck by Jennifer Honeybourn seemed like a good place to start.

This book was published in July 2019 through Swoon Reads, an imprint of MacMillan under Feiwel and Friends. In case you’re not familiar with Swoon Reads, please allow me to take a quick detour to the Swoon Reads FAQs to let them explain how it works:

Writers can upload their unpublished, original young adult or new adult manuscript and community members are able to read, rate, and comment on those submissions. The Swoon Reads Staff uses community reviews and ratings to help us choose which books to publish. Chosen manuscripts will be published in both print and e-book formats.

Yep, anyone can upload a YA or New Adult story, and if readers like it enough Swoon Reads will publish it. And it’s free to upload. How cool is that? They’re letting readers literally help make the decision about what should be published.

As an adult who loves YA, and who is working on my own YA novel, I was immediately drawn to Just My Luck — my first ever Swoon Reads book — to see a final result of the process.

Concept: So cute! The idea is that the main character is having terrible luck and decides she must return items she stole from guest rooms (during her job in housekeeping at a high-end resort hotel in Hawaii) to restore her own luck.

Characters: The main character felt real, as did her mom and brother, but the dad was one-dimensional (to be fair, you don’t learn much about him in the book), and the love interest and his family were stereotypes.

Setting: The author is either from Hawaii or has lots of experience with it. There were references people unfamiliar with Hawaiian life may not have recognized (i.e. I knew that ‘slippers’ means flip-flops, but there may have been other ones I didn’t catch), but that made it feel very authentic, and I loved that about it.

Execution: The bad luck thing got old fast. It ended up being the interstitials that interrupted the story, rather than actually building the story. When someone suggested an alternate explanation for her bad luck, she was like, “okay, maybe,” and that was the end of that. And the dad thing was probably realistic in terms of what might actually happen in that situation, but it felt thrown-in instead of being an important part of the main character’s life. I liked the relationship between the main character and the love interest, but I thought the ending was a little cheesy.

Long story short: Contemporary YA romance isn’t my usual choice, but when I find a good one I’ll devour it with all my heart. While this one wasn’t one of the best I’ve ever read, it wasn’t bad. It was cute, and I’d recommend it to people who like the genre.

We’d love to hear from you in the comments: If you’ve read it, what did you think? If you enjoy contemporary YA romance, what are some of your favorites that you think everyone should read? Do you read and rate on Swoon Reads?