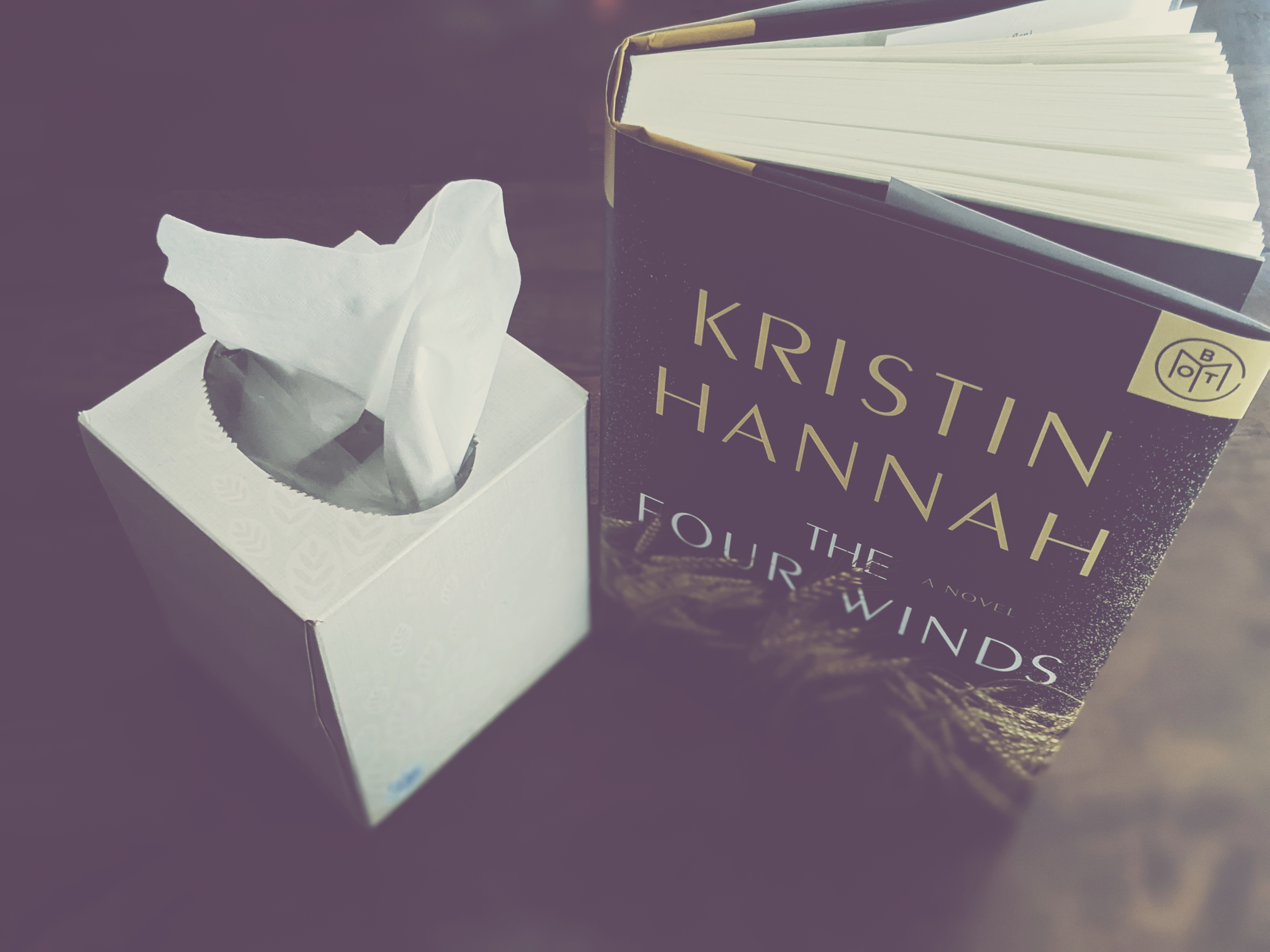 Sometimes a book is like a punch to the gut, and when you finish, you don’t have much air left. Your heart is a bit battered and bruised. It leaves your emotions wrung out, you don’t have a tear left to shed. A good book is one that makes you feel. But it isn’t always a book that makes you feel good. The Four Winds by Kristin Hannah is a book that does all of these things. It is brilliant and beautiful but it is not for everyone.

It is the story of Elsa, an independently minded woman in a time when her only option was to marry. Considered old and bookish, Elsa decides to break bad for a moment with consequences that change the trajectory of her life.

The novel is set in the Dust Bowl and Depression-era California, and Hannah’s writing makes you almost feel the dust storms stinging your eyes and filling your lungs with dirt. You feel the main character’s struggles at such a visceral level. It isn’t easy to read. And it never lets up. This level of bleakness is why I wouldn’t recommend this book to every reader. But for those who find value in understanding struggles far beyond any you have ever felt, this book is a treasure.

It isn’t just the effective descriptions of how the elements of nature battered the characters, or the fact that their hunger creates a pit in your stomach that make this book stand out. It is the character development that truly shines.

Elsa’s journey from a rule follower to a woman who will stop at nothing for the sake of her children is nuanced and carefully crafted. The shifting and complex relationship between Elsa and her teenaged daughter shows the universality of fraught mother-daughter dynamics.  The story is also a testament to found family, and how the bonds of blood aren’t always the bonds that bend without breaking.

For me, the best part of this novel is what it says about motherhood. It is a moving portrait of the lengths a mother will go to protect her children. And it is a gut-wrenching illustration of the heartache that comes when even Herculean efforts fail to provide the most basic necessities.

“A warrior believes in an end she can’t see and fights for it. A warrior never gives up. A warrior fights for those weaker than herself. It sounds a lot like motherhood to me.”