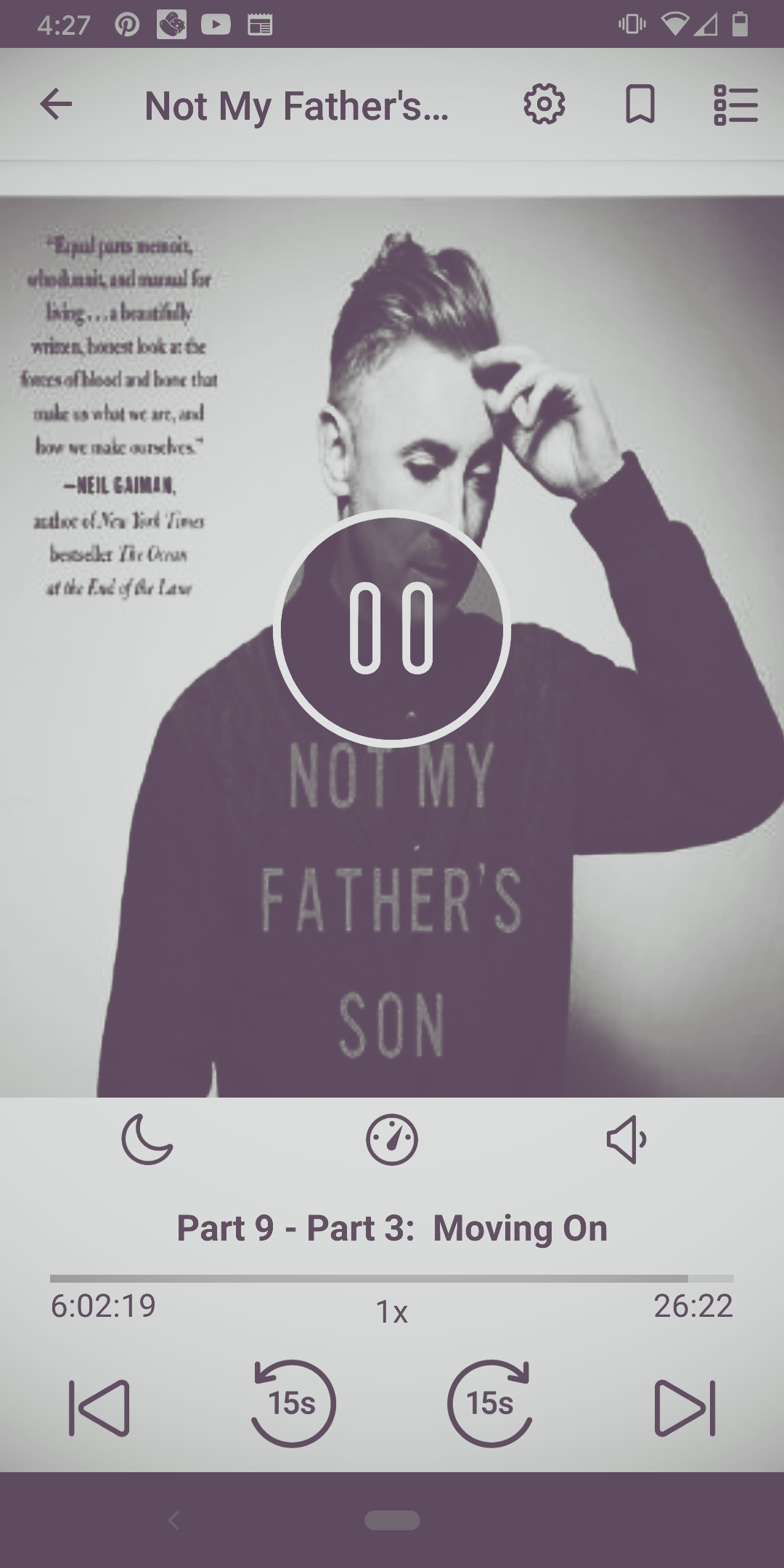 Not everyone loves a celebrity memoir, and I get it. By their very nature, they tend to be a bit on the self-indulgent, self-important side. They also often lean towards total frivolity. They can be full of name dropping and gossip (which I admit, I kind of adore). I’m not saying that my favorite ones don’t have a bit of this to varying degrees.

But regardless, I still really love to read them, and find that just like any other genre, some are much better than others.

Here is a brief listing of my favorites. Note that other than the Elton John memoir (which was read by actor Taron Egerton who played him in the biopic Rocketman) all of these are read by the author, and I cannot recommend enough that you listen to them on audio.

First of all, Alan’s Scottish accent is absolutely to DIE for. I could listen to him read an encyclopedia and be enrapt. This is the second memoir he has written, and is the one that focuses on his career and his experience of celebrity. It is full of hilarious antics. His list of celebrity pals is long, and the stories he tells about them are incredibly entertaining. He is such a character, and his love of his craft really shines through. He is hilarious and just a gem of a human. He is also a really engaging and talented writer. I want to be his pal, or at least hang out at a dinner party with him.

Fresh off my love of Baggage, I immediately downloaded this one because I was not ready to let my Alan party end. I’m glad I did. This novel focuses on his relationship with his family, and how the abuse he suffered as a child (which is not for the faint of heart) impacted him deep into adulthood. It is still funny at times, but so honest and vulnerable. It is well-written, and quite frankly a cut above most celebrity memoirs. Again…he’s just a gem. Even if you don’t know much about his work (I honestly don’t, beyond Cabaret and Circle of Friends and viewing him as an LGBTQIA icon), this one is worth listening to. And if you like theater, listen to Baggage as well.

Brandi’s music is transcendent and in this book, she lays her heart bare. It made me love her music that much more. Her discussions of her faith are inspiring. Her discussions of her sexuality and how it impacted her relationships with family and church are at times painful but are also insightful. And, her love for Elton John from childhood really got me, because he was my first musical love as well. If you like her music even a bit, give this book a go. The audio also has musical interludes!

Is it full of name dropping? YES! Did I love it anyway? Sure did! Amy Poehler is smart and witty, just as you’d expect. It was fun to listen to her telling me all about coming up through the ranks of comedy, who she met, what they laughed about, and what it was like to be on hit TV shows. Nothing hard-hitting here but a favorite celeb memoir nonetheless.

Did you watch Dawson’s? Did you watch it in your sorority house with your sisters??? If you answered yes to either of those questions, just read this. Busy is a B-lister, but I want to be her bestie. This one is everything many people hate about celeb memoirs, but Busy just does the name dropping and the self-importance in such a likeable way. And she is SO funny. Even if you were not a fan of Audrey, give this book a read.

Unsurprisingly, his voice is a treat and I cannot say whether I would’ve liked this book nearly as much had I read it. He is, at times, humble. And at other times, totally full of himself. But in the way you would expect. So, it’s kinda endearing. I was actually surprised by the amount of depth in this one. He’s smart, very funny, completely weird, and totally entertaining.

I wrote my full review of this book a while back. Anyone who knows me knows about my love for Ben Folds. This book is a love letter to music, creativity, and music teachers everywhere. (My review is here.)

What happens when a celebrity introvert starts saying yes to all the things? Find out by reading this one. In addition to her insight, this book also offers plenty of behind the scenes info for lovers of Shondaland shows.

This book was a wee bit bloated, but it is Elton John, he doesn’t really know how to do anything in a minimal way! Elton is an interesting guy with a very big heart. His celebrity gossip is juicy and hysterical. And like many musicians before him, a spiral of drug addled self-loathing almost killed him. I’m glad he made it to the other side to tell us all about it. Even though Elton didn’t read the audio, Egerton’s interpretation makes you feel like he did. So, definitely listen.

Do you enjoy celebrity memoirs? What are your favorites? Drop some suggestions in the comments!