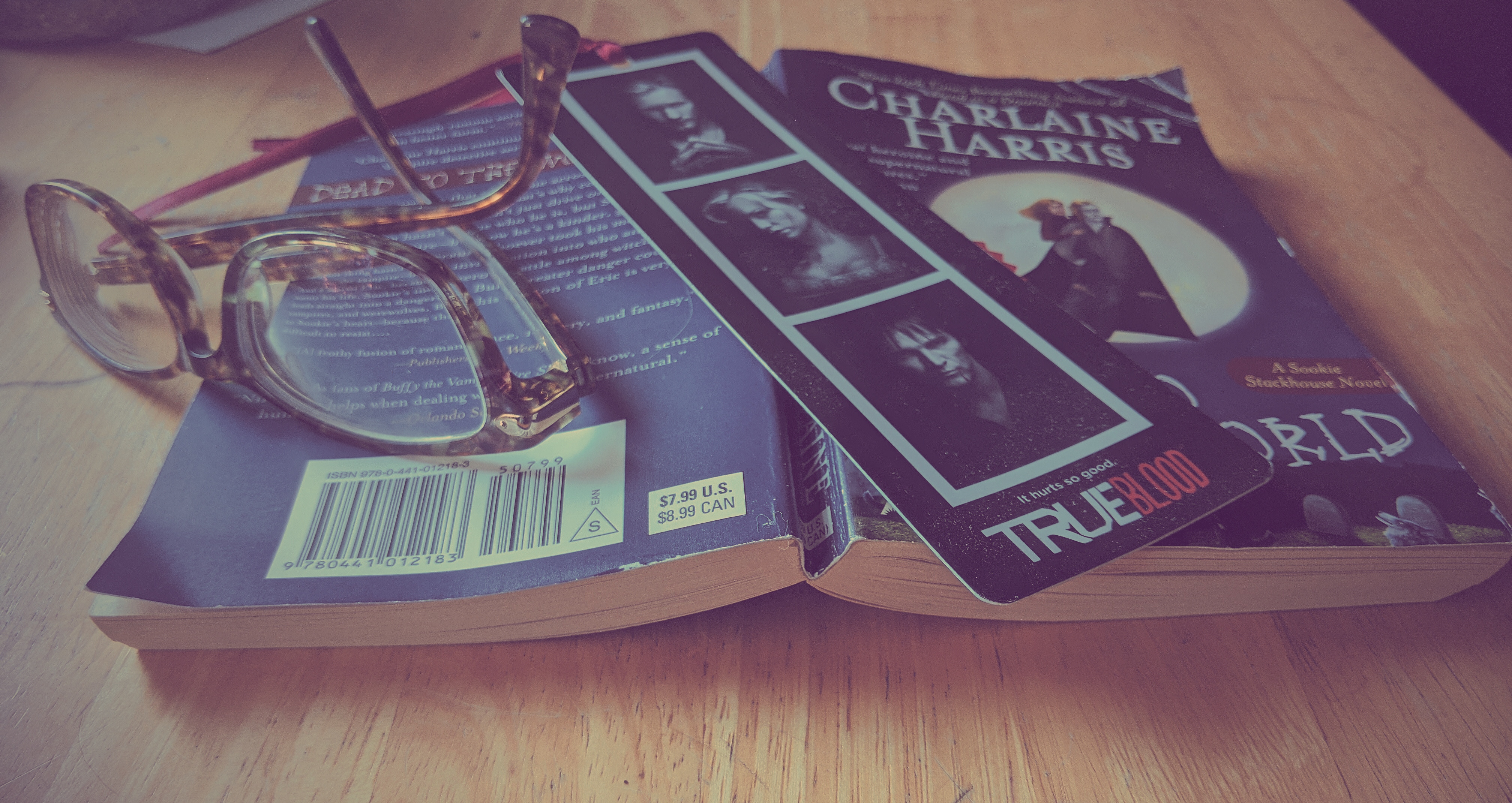 I love a good vampire novel. And by good, I probably just mean ‘any and all.’ The great thing is that there is a vampire novel to suit every mood and whim. Some stay with classic horror, others play around with the tropes a bit. Even if you don’t think you like them, there is probably one that will suit your fancy.

Suggestions for your blood-sucking reading enjoyment:

1. If you like your vampires classic and terrifying:
Obviously for those who like the classic monster version, you can go with the original gothic horror delight, Dracula by Bram Stoker. For a more contemporary yet still monster-based take, I would suggest Stephen King’s Salem’s Lot. King’s second published novel, often hailed as one of his best, centers on a group of irredeemable blood drinkers that terrorize a sleepy New England town. It’s a battle of good and evil that rolls out slowly to ratchet up the anxiety until your stomach is in knots and you are furiously turning pages.

2. If you like your vampires somewhat chaste:
No vampire novel list can be complete without the Twilight series by Stephenie Meyer. Let me be clear: these books are not well written (the overuse of adverbs sometimes made me exasperated). And they are chock-full of teen angst. And they make me slightly uncomfortable because there is something extra cringey about an ancient vampire hitting on a teenager. But despite all that, they are fun, quick, and easy reads. Bonus points if you like your vampires sparkly. So ridiculous, yet somehow still so compelling. Plus, with Midnight Sun (a Twilight retelling from Edward’s perspective) slated for release in August 2020, this would be a great time to revisit Bella’s world, or meet the sparkly Edward for the first time!

3. If you like your vampires hot and bothered:
The Southern Vampire Mystery Series (aka the Sookie Stackhouse Series) by Charlaine Harris, which served as the source material for HBO’s True Blood series, is part vampire fantasy, part mystery, and part romance. They center on the sweet telepath Sookie Stackhouse and her interactions with the vampire and shape-shifter communities. Vampires aren’t hidden from humans in this series, they are out in society with the aid of synthetic blood to calm their murderous impulses. These vampires are quite gifted in the loving department, as Sookie inevitably learns. And this series has my favorite vampire of all time, the dead sexy (see what I did there?) Viking vampire Eric. Warning: the books at the end of the series aren’t as good as the first handful. But of course I read them all. They are deliciously addictive.

4. If you like your vampires a little hot and bothered, and a little classic terrifying:
Somewhere in the vast space between the sexy camp-fest that is the Southern Vampire series and the classic horror of Salem’s Lot sits Anne Rice’s The Vampire Chronicles, starting with Interview with the Vampire. The vampires in these novels are still terrifying hunters. But these monsters are also richly drawn characters that have some redeeming qualities. They are also super steamy, but unlike Sookie’s vamps, bedding an Anne Rice vampire is is sure to end in death. On the plus side, you’ll have some pretty epic foreplay. Wink.

5. If you like your vampires nerdy:
Fred is just an unassuming, nerdy accountant turned shadow of the night. He’s still a normal guy that cares about taxes and insurance, but he drinks blood. I could wax poetic about the Fred, the Vampire Accountant series by Drew Hayes, but I don’t need to because Jaelithe already has. Suffice it to say that Fred is an absolute delight and these books are a campy bit of vampire fun. They have made me laugh out loud a few times, and their narrative style reads somewhat like a grouping of serial short stories.

What vampire novels have you read lately? Are they in a category of their own? Let us know in the comments!