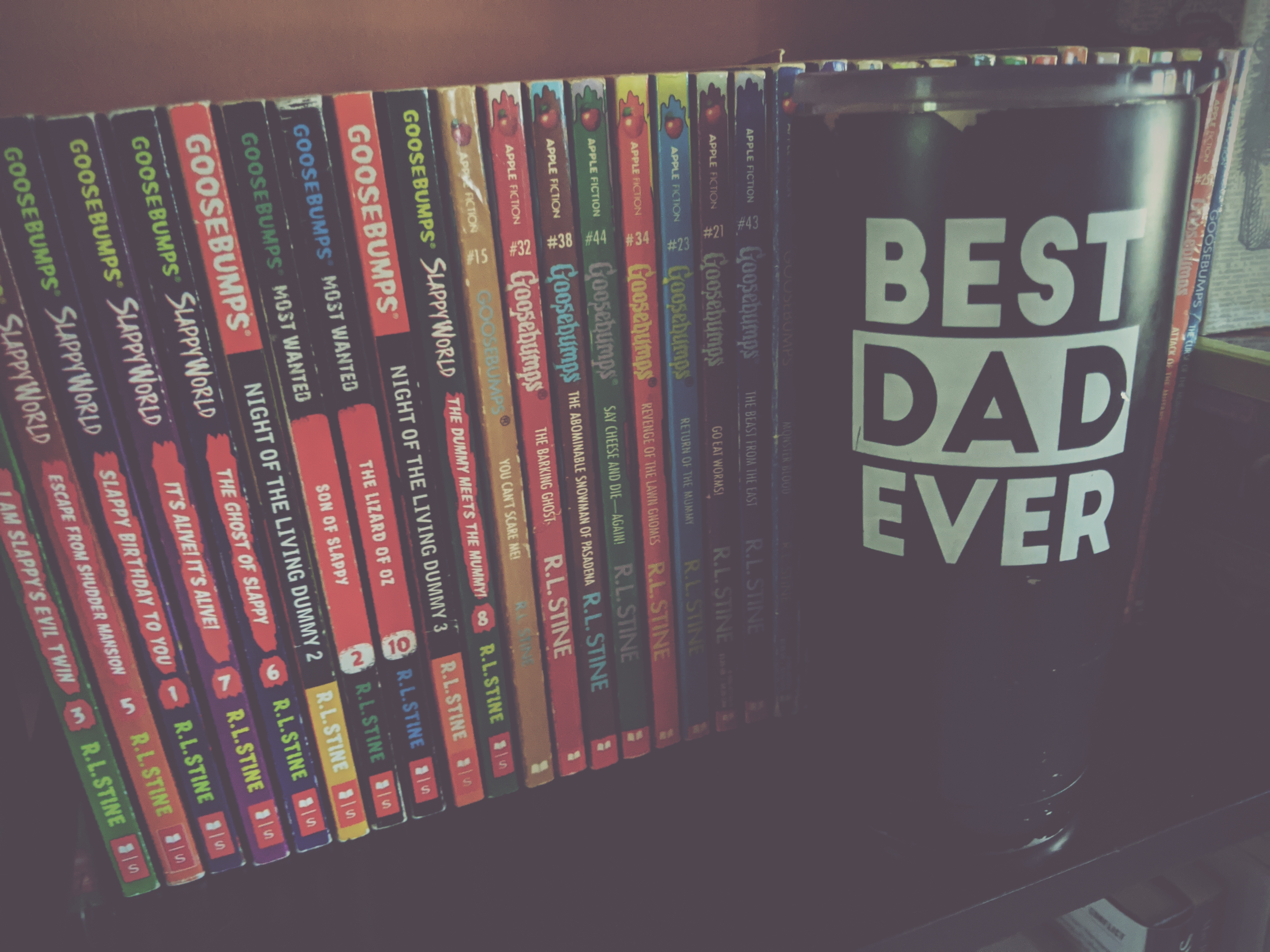 Happy (belated) Father’s Day to all the dads out there, whether you are a reader or not. In honor of the holiday, we dug deep into literature, and our own memories, as we considered fathers and books. This week’s post contains our thoughts about dads, books, and book dads.

My own Dad is honestly not much of a reader. He goes on periodic binges, generally non fiction. For example, several years ago he read just about everything Bill Bryson ever wrote. So instead of talking about my own father and his reading habits, when I thought about this week’s Father’s Day post there was a book-dad that came to mind almost immediately: Atticus Finch from To Kill a Mockingbird by Harper Lee.

I finally got around to reading To Kill a Mockingbird in 2018, and was pleased to find that I agree with all the hype I’ve ever heard and it’s appearance on just about every “books you have to read” list on which it’s been included. The reason Atticus came immediately to my mind in regards to fathers isn’t that I think he’s a “model parent” or a moral authority – rather, it’s because despite being a flawed character, in a time of abject racism, he teaches his children about respect, prejudice and bias. He answers their questions honestly, even when they’re hard, and challenges them to think about why they believe the things they think they believe. He stresses that living by your morals is among the most important of life’s lessons.

Atticus is by no means a perfect man or father, but throughout the book he challenges his children when they regurgitate the gossip and chatter they’re hearing around town, and asks them to really reflect on the ways society shapes our conscious and unconscious biases. Giving your child the tools they need to become the best version of themselves they can be, and trusting them to do their very best with them, is one of the biggest challenges of parenting. I believe Atticus tried his best.

My dad isn’t a big reader, although there were some years during my childhood (late 80s, I think) where there was a steady flow of Stephen King and Dean Koontz novels around the house. I remember all the mass-market paperback covers, and it definitely shaped some of my reading choices. Though I am a bit envious of those (cough, Jae, cough) that have beautiful shared reading memories with their parents, at least I know that books will be central in my relationship with my own kiddo.

In looking for literary dads, I found myself struggling. Perhaps because I am a woman and a mom, well-drawn (and complex) mother-child relationships are much easier to remember and identify. Dads seem to get short shrift – they often feel like an afterthought. But there is one book-dad that came to mind for me: Nate Pullman from RJ Palacio’s beautiful novel Wonder. While Isabel Pullman, Auggie’s mom, plays a more dominant role in the novel, Nate provides a calming force for his children throughout the book. He respects the autonomy of his children and supports them with a steady stream of love and humor. In particular, his relationship with daughter Via flourishes because, in some ways, he provides a very different type of parenting than Isabel. Both Isabel and Nate are solid parents. But because he is less overbearing, Nate’s relationship with his children is less complicated, though not less rich.

When I think of reading (as I often do), I picture my parents sitting on our couch, each with a book in hand. My parents shared with me their love of, between them, just about every genre, and helped me learn the value of trying almost any story. On long car trips, with my sisters and brother and I squeezed between pillows and toys in the back of the van, we’d listen to books on tape, and my reading horizons would expand. One summer, I even remember my dad really getting into reading The Hobbit to us himself on a trip to visit grandparents, doing all the voices and singing the funny little birds song.

Dad was instrumental in teaching me the beauty of SciFi. I never would have picked up Podkayne of Mars by Robert Heinlein back in junior high if it weren’t for him. So when I first read (and was blown away by) Ancillary Justice by Ann Leckie, I immediately wanted to call my dad about it. He and I also share a love of mysteries. I remember many times discussing the Nero Wolfe series by Rex Stout with him. We’d compare lists to see if we’d read the same ones, and argue about which were better mysteries versus which were too easy to guess the outcome. I introduced him to Harry Potter when only the first three books were out, but he was the one who started pre-ordering each new book as they were made available, and we’d compare notes as soon as we’d finished each one. We also both loved The Dragon Prince series by Melanie Rawn — I remember that being one of the first really dense fantasy series I read, and finishing each of those thick books felt like such an accomplishment.

I am blessed to have parents who supported my reading habits (and still do). In fact, my dad and I talk about books and share recommendations often. (To be fair, I probably talk about books even more often with my mom, but, though she’s more likely to read this post, it isn’t about her. Love you, Mom!) So, in honor of Father’s Day, thanks to my dad for helping me become the voracious reader I am today.

How about you? Do you have a literary father you especially like? Or do you think they’re usually more of an afterthought? Or do you have any special books you share with your dad? We’d love to hear from you in the comments!