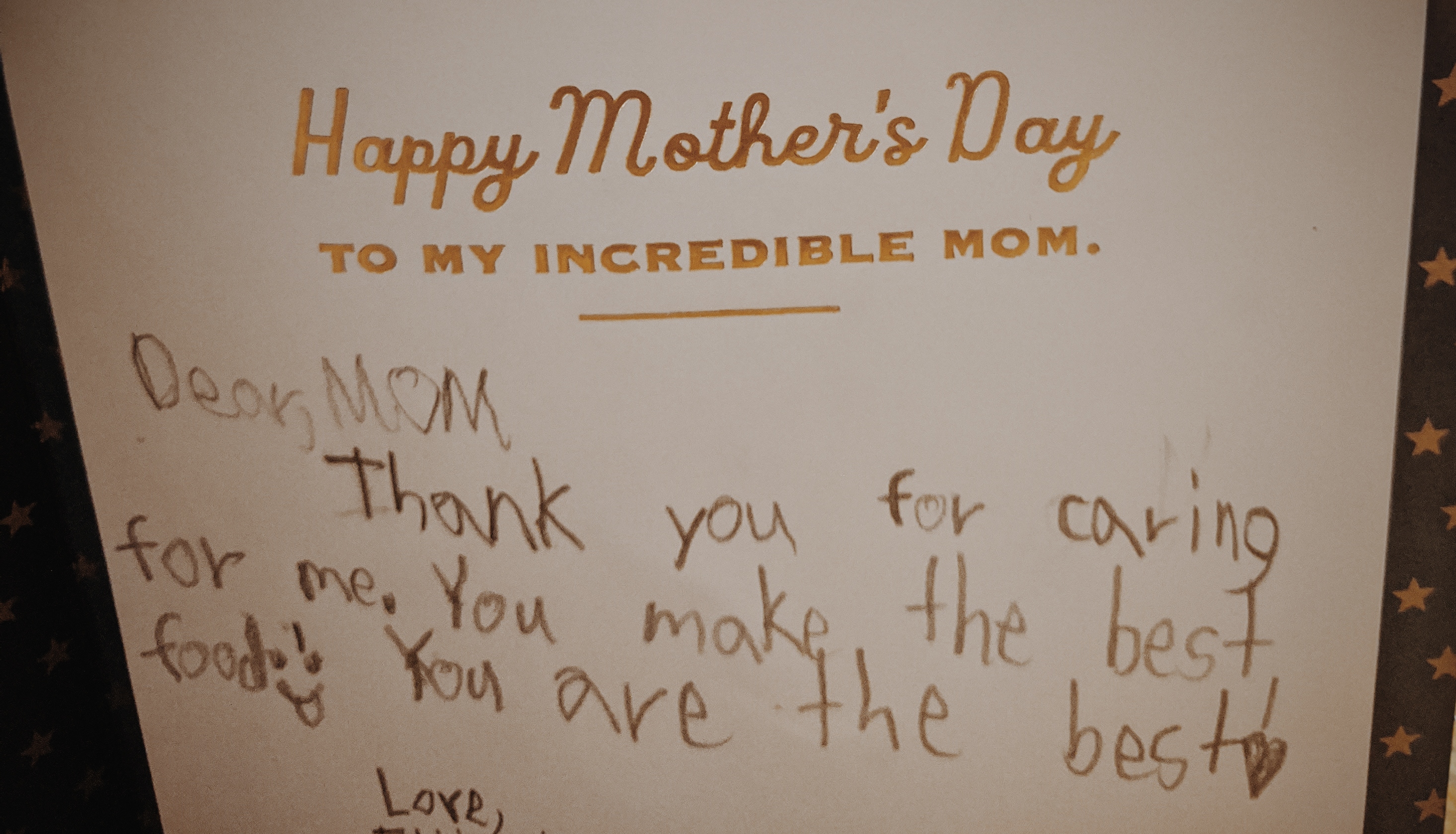 To all people who have mothers, are mothers, want to be mothers, behave in a motherly fashion, think of yourself as a mother, are a B.A. Mother, or have any connection whatsoever to the day, Happy Mother’s Day!

In honor of the holiday this week we’re talking about literary mothers.

“Mrs. Weasley set the potion down on the bedside cabinet, bent down, and put her arms around Harry. He had no memory of ever being hugged like this, as though by a mother.”
Harry Potter and the Goblet of Fire, J.K. Rowling

Molly Weasley was the book mom who immediately came to mind when we began thinking about this Mother’s Day post. Molly is a mother to seven biological children, and one of the few adults in Harry’s life who seems to consistently remember that, The Boy Who Lived aside, he’s still a kid. While constantly seeming to be somewhat flustered, Molly is the kind of mom who loves her family fiercely, makes homemade family sweaters, and welcomes her children’s friends as part of the family, as unreservedly affectionate with them as with her own children. I think that might sum up Molly to me—she’s the kind of mother figure who demonstrates her love without reserve, while simultaneously making it clear that she won’t accept carelessness.

To me, one of the best examples of her maternal multitasking is when the twins and Ron “borrow” Arthur’s car to liberate Harry; she’s simultaneously infuriated with them while still welcoming Harry into the organized chaos of their home.

Whether it was a well timed hug, a firm telling off when someone’s behavior required it, or her fierce love for her family, Molly is my favorite book mom, without a doubt.

The Harry Potter moms really do take the crown as my favorites. Molly Weasley is everyone’s mom. Knowing Harry doesn’t have a family, she treats him as her own. This quality makes her immediately endearing, and ranks her among the best moms. For me, one of the more poignant Molly moments is in Order of the Phoenix, the fear she sees with the Boggart—her children dying. As a mom, it is truly the most terrifying thought. That moment made me choke down tears because that would be what I would see in the Boggart, too. Molly is strong, albeit slightly annoying (see how she treats her jokester twins’ aspirations of joke domination). She defends her family with a ferocity that garnered her the only cuss word spoken in the entire series. She is a force. And I love her.

And how can we talk about moms without mentioning Lily Potter? Her love for Harry made him invincible against the darkest of dark forces. She sacrificed her life for him, doing what any loving mother would. She is a powerful echo in the novels, and epitomizes what a good and loving mother should be.

And the last mom I would like to mention is an unlikely candidate for a favorite mom list: Narcissa Malfoy. She’s cold, calculating, snobbish, and thinks pure blooded wizards are the bees knees. But in the end, her love for that little puke Malfoy reigns supreme. Not only does she convince Snape to protect that jerk, but in a move only a mother would make, she ultimately betrays Voldemort so that she can protect her son. Although she isn’t warm and fuzzy, and she has a TON of faults, she nevertheless displays motherly love and sacrifice.

While there are a few standout examples of amazing moms in our favorite stories (see above!), no character is perfect. And mothers often hold a tricky place in many of the stories we grew up with. Lots of fairy tale moms, for example, are only a memory, replaced by a ‘wicked’ stepmother who ruins the children’s lives. Or, if the mom is still alive, many stories have the children sneaking past the mother, making sure she doesn’t find out about that door into Faerie that they’re about to use, or keeping the secret of their spellcasting so she won’t be angry.

As a mom, I always tell my kids that, if they ever do find a door to Faerie, they absolutely should not keep it a secret—I want to come with them on the adventure! That’s why I prefer stories about mothers who are badasses in their own right, but who still allow their children to grow and learn. Who don’t prioritize safety over adventure, but who try to help their children learn how to go on an adventure safely (I mean, as safely as possible; it wouldn’t be much of an adventure with no peril at all). Or even those who are keeping things together through their own blood, sweat, and tears to give their children a better life.

In no particular order, here are a few books I’ve read that have B.A. moms:

There are so many that I could probably go on for days, but I’ll stop there and ask for yours. Do you have a favorite literary mother? Or one you love to hate? What do you want in a literary mother? Let us know in the comments!