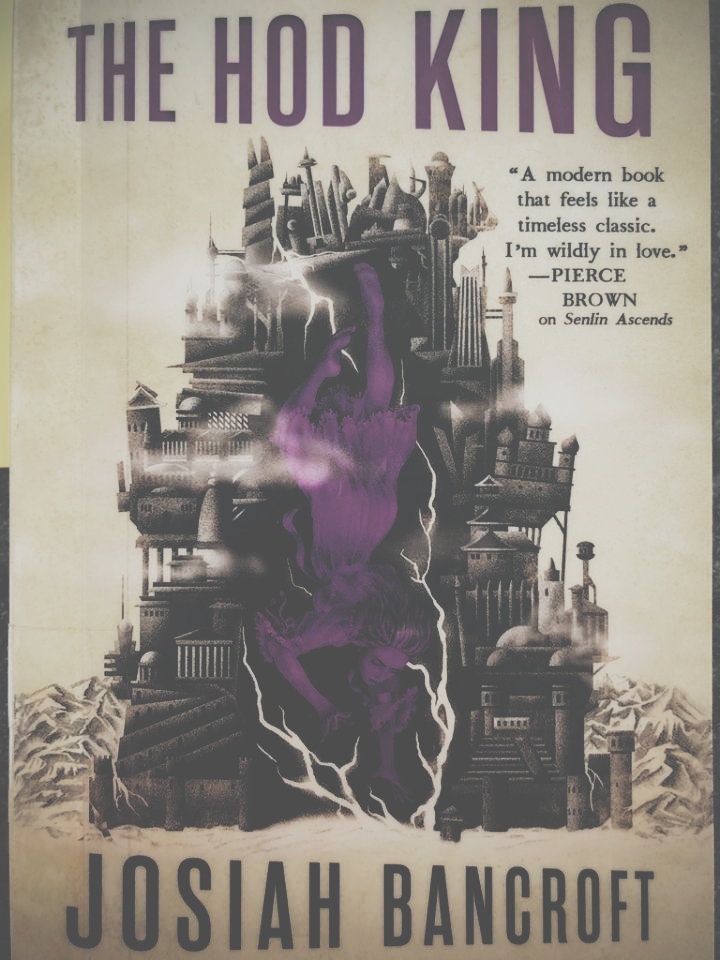 If you’ve been following my TBR lists, you know I’ve been working on finishing The Books of Babel book 3, The Hod King by Josiah Bancroft, for a while now. I just finished it the other day, so it’s a good time to do a quick review of the series, and to discuss what was taking me so long.

I read the first book in the series, Senlin Ascends, a few years ago, and found it took a long time to get through. The basic setup is that a stuffy schoolteacher and his new, young bride go on a journey to the Tower of Babel, which is supposed to be a marvel and a wonder and turns out to be a tourist trap of the worst kind. They get separated almost immediately, and there’s basically no way for him to find her. The rest of the book is a series of adventures and misadventures where his ego is knocked down a peg or two, he gets into a bunch of trouble, and he meets a variety of interesting characters as he searches for his missing wife.

There were slow parts that felt like a slog, and the whole premise of the story produced a deep-seated anxiety in me. I was so nervous, knowing that there are four books, that he might not reunite with his wife, and that’s a hot button for me; I spent a good deal of the book feeling worried about them continuing to miss the reunion with each other. This was to the point where I had to look up a spoiler, and then once I knew whether or not he would reunite with her, I could put aside my anxiety and move forward with reading the rest of the book.

However, the ending was totally worth the read! And the tower is an AMAZING world that the author has clearly thought through in detail. I enjoyed it enough to move on to the second, and obviously now, the third books.

Each of the books has slower and quicker parts, but I think what takes me so long to read each one is that I can’t just plow through chapters. I find I have to take time to mull over the developments and think about what’s happening, and I like to guess where it might be leading.

Overall, these books are dense but well worth the read for anyone who enjoys a good character study, excellent world-building, and a story with plenty of layers. Plus, although there are times when you want to give Senlin a good shake, at heart he’s a character you can root for.

Plus, slightly unrelated but still important, that cover art is so cool!

What are you reading? Have you tried the Books of Babel? Please share in the comments!