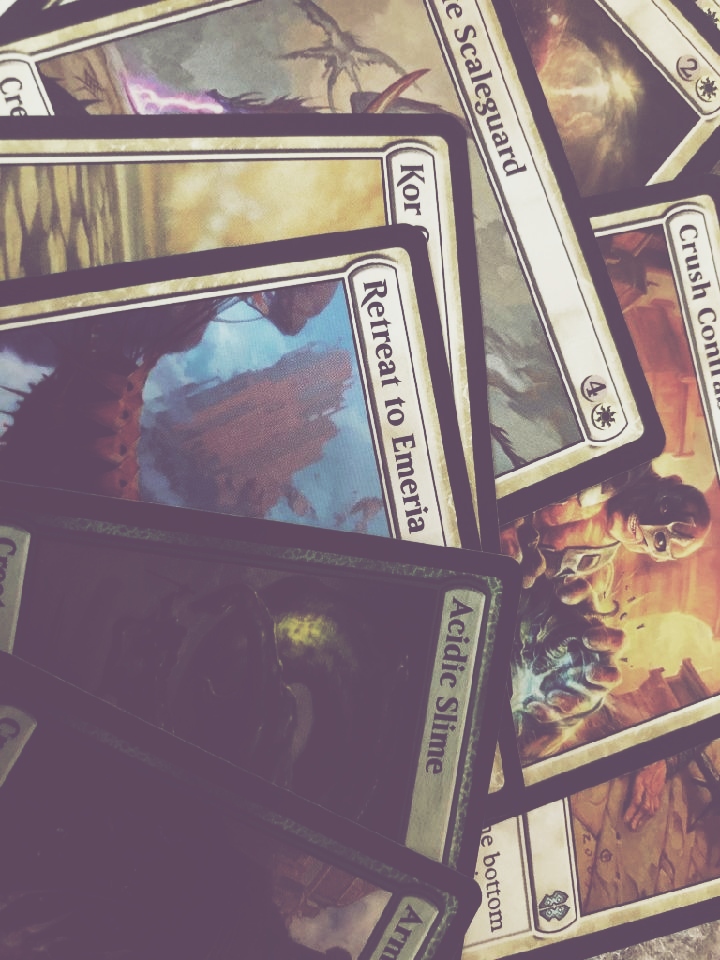 When I finished my TBR audiobook late last week I scrolled through some of the “So you liked this one!” recommendations from Goodreads and my finger stopped on Conventionally Yours by Annabeth Albert. The tagline got me:

When two “big name fans” go head-to-head at a convention, love isn’t the only thing at stake.

Conrad and Alden are both college-aged guys who love Odyssey, a fantasy card game (think Magic: the Gathering). They play every week at a local gaming store as part of an LBTQ+ gaming group. The group has become mini-celebrities within the world of their fellow gamers thanks to an aging professor’s YouTube channel, Gamer Grandpa, where he films their game play and posts it with his commentary.

Conrad is flashy; handsome and friendly. He’s the kind of guy everyone likes. Everyone, that is, but Alden, who feels like the only member of the group that Conrad doesn’t genuinely like. Meanwhile, Conrad finds Alden baffling and stand-offish, uptight and overly serious.

When the professor scores everyone tickets to the biggest Odyssey convention around, and contrives a cross-country road trip to get them all there, Alden and Conrad are in. Both struggling with the “what’s next” phase of life and, in Conrad’s case, significant financial hardship, they both see winning the convention and getting a seat on the world tour of competitive Odyssey playing as the only way out of their stuck lives.

Of course, since this is a bit of a romantic “dramady,” it soon ends up with just the two of them on the cross-country road trip to Vegas for the convention. Along the way, they start to know each other better, peeling back the layers of their personalities that they’ve both worn like armor for so long.

I found this story to be a bit slow in parts – I am not the world’s biggest gamer, and there’s a lot of talk of gameplay that I think would make more sense if you were someone who actually played games like Magic or D&D. That said, it was also a sweet story about how sometimes we let outside appearances become the only thing we see, and how often people hide their real selves behind a spiky or flashy exterior.

If you like the “enemies to friends (or more??)” trope I think you’ll enjoy this book, no matter whether you enjoy the heavy gaming angle or not.

Have you read Conventionally Yours or one of the other “fans finding fandom friends” type books that have become increasingly popular over the last few years? If so, let me know which ones are your favorites in the comments below!