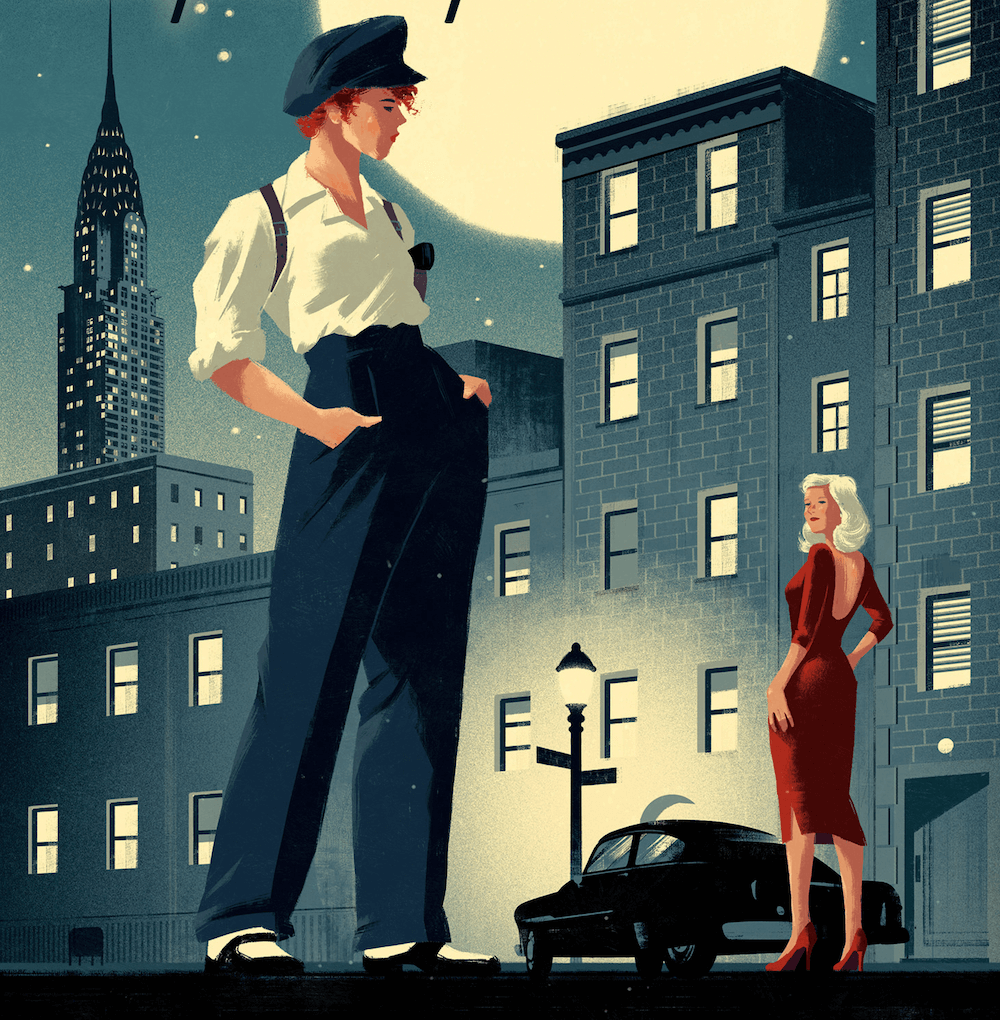 I grew up reading the Nero Wolfe mysteries by Rex Stout.

My dad was super into them, and my enjoyment began as a way to connect with stories he also enjoyed. (P.S. this is also how I found myself reading Heinlin as a teen.) Nero Wolfe is a genius detective and gourmand who lives in a New York brownstone and rarely leaves. He is paired with Archie Goodwin, a hardboiled 1940s detective type with a love of ladies and dancing, and a snub nosed revolver tucked in his pocket, as a legman. The first Nero Wolfe book was published in 1934, and there are 40+ books published over the next few decades. Sure, a lot of the 1930s, 40s, and 50s references probably went over my head, but I loved inhabiting the world Rex Stout had created, and trying to solve the mystery along with Nero and Archie.

All of this is to say that when I picked up Fortune Favors the Dead (Pentecost & Parker #1) by Stephen Spotswood, I almost felt like I was inhabiting Nero Wolfe’s world again.

It is set in the 40s and features Lillian Pentecost, a genius detective who lives in a New York brownstone. She’s paired with Willowjean (‘Will’) Parker an ex-circus performer who loves reading detective novels, wearing pants, and dancing with ladies, and has a lot of tricks up her sleeve from lock picking to judo throws, as well as a revolver in her coat pocket.

In this story, the first in what promises to be a series, Will is sharing stories of her time working with Ms. Pentecost, beginning with how they met and quickly moving on to a famous case that happened 3 years later when they were well established as partners. The case is a locked room mystery of a woman bludgeoned in the office of her husband, who killed himself there a year earlier, and there is some suspicion that his ghost might be involved. Will and Ms. Pentecost have quite an adventure trying to tease out fact from fiction, and for my money, it was as good as a Nero Wolfe story in terms of the detective work.

However, unlike Nero Wolfe, this book was published in 2020 and takes on a lot of issues that Nero and Archie never mentioned.

For example, Ms. Pentecost takes on pro bono cases for women to help them get away from abusive husbands, and Will teaches self defense every Sunday to any woman who wants to learn. In addition, Will is bisexual, and at one point she goes to a dance club with another woman. Without spoiling too much of the story, she runs afoul of a person who beats her up pretty badly due to his belief that her sexuality is deviant. She tries to fight back, and lands a few good hits, and even tries to escape, but the reality (which she states baldly in the story) is that a 5-foot person who weighs just over 100 lbs is not going to win against a 6-foot person who weighs almost twice as much.

I enjoyed the story, felt the issues were a relevant and interesting look into another side of the detective genre and also of women’s issues, and will DEFINITELY read the next one as soon as I can get my hands on it.

TL;DR: If you, like me, enjoyed the heck out of Nero Wolfe stories, and you’re interested in an updated detective story that is woman-centric and has LGBTQ representation, give this one a try.

What mysteries or detective stories are you currently reading? Let us know in the comments!