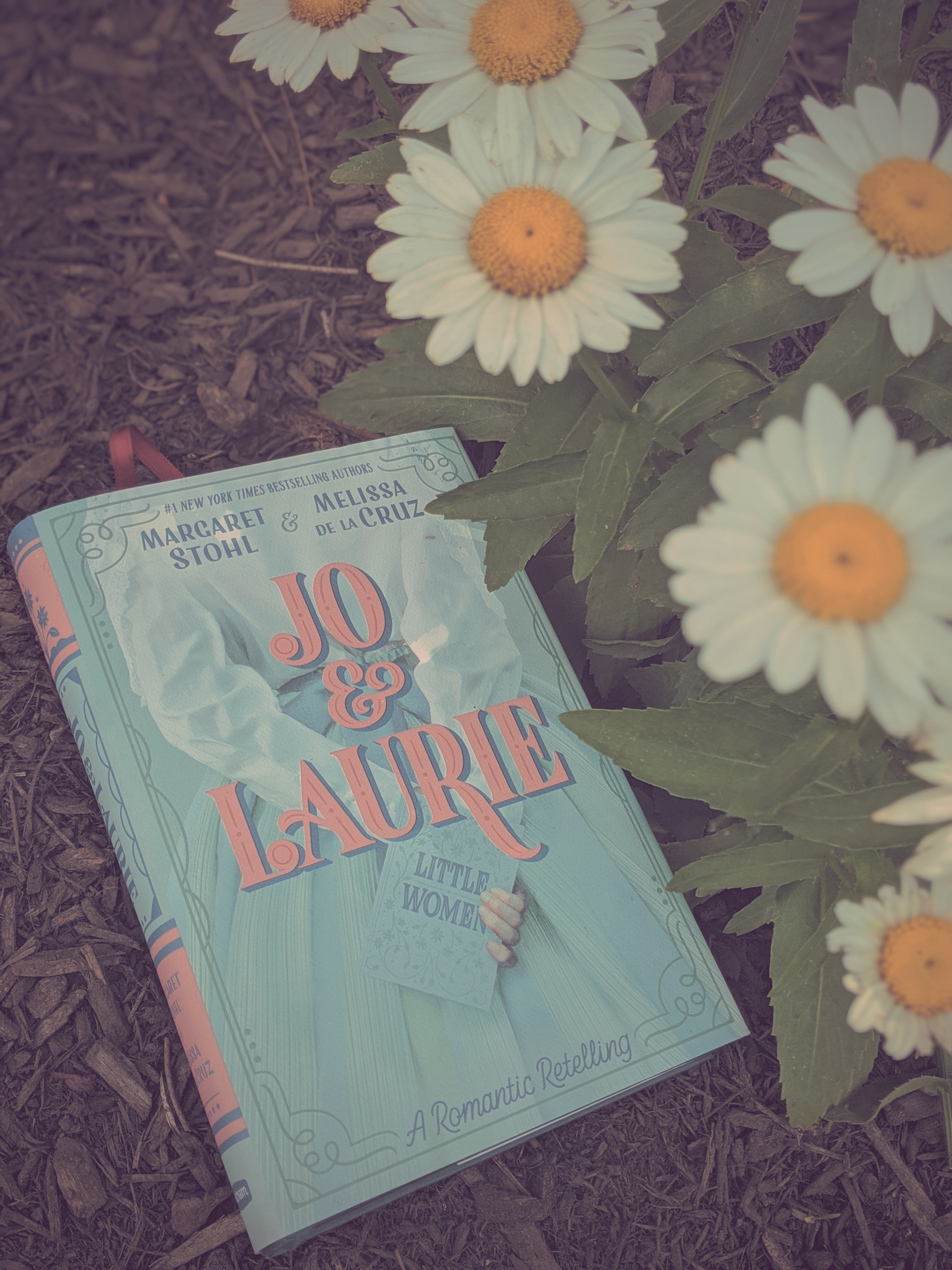 Hard to say whether this has spoilers. It’s a romantic retelling of Louisa May Alcott’s classic Little Women called Jo & Laurie so it is pretty obvious how the main plot point is going to turn out. LOL. The other mentions of differences between the world of the original and the world of this come up early on, so they also are not huge spoilers either.
Sometimes, a book is just what your heart needs. Jo & Laurie by Margaret Stohl and Melissa de la Cruz falls into that category. If, like me, you yelled “why you so stupid, Jo?!” (see post here) at any point while reading Little Women, my guess is that this book will be what your heart needs as well.
Fans of Little Women likely recall that the novel is written in two parts. This romantic retelling picks up as Jo struggles to write the second installment of Little Women, following the smashing success of the first. It took me a bit of time to settle in to the story because not everything Jo wrote in the first novel was true. So, the world that this Jo inhabits is different from the original novel in some important ways. Among them: There is no rich Aunt Marsh. Marmie isn’t called Marmie. And Beth didn’t survive her bout of scarlet fever. Because the original is so embedded in my memory, I didn’t get swept up in the story as fast as I ordinarily would. But I eventually got there. And once I did, Jo & Laurie was a delight.
I understand that part of the brilliance of Little Women is that Jo resists coupling with Laurie. She is a strong, independent woman in an era where being such was a wee bit scandalous. Maybe Little Women wouldn’t be such a classic if it was a typical love story where all the plot lines get tied with pretty ribbons. Though I am aware of all of that, the heart wants what the heart wants. This gave my heart exactly what it wanted. I finally experienced the moment Jo realized Teddy was her true love. I saw them flirt. I saw them embrace. I saw them court. I saw Jo long for Laurie the way he longed for her.
I know that I am not the only reader whose heart wanted Jo and her bestie to fall in love. If you felt that way too, I am certain that you will enjoy this retelling as much as I did.
Have you read this one? What did you think? Let me know in the comments!