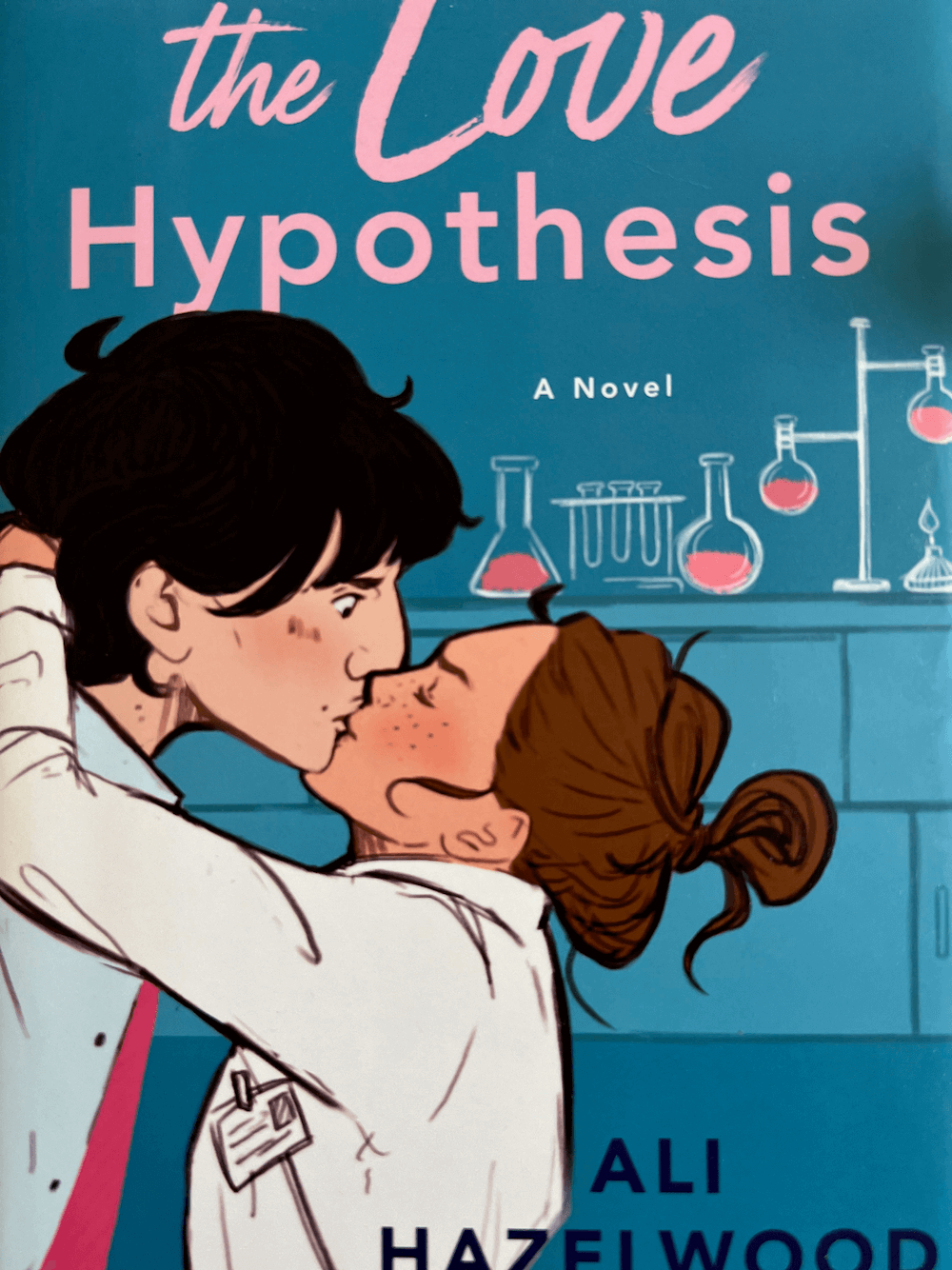 Hypothesis: A romance book set in academia with a slow burn, not-quite-enemies to lovers, is right up my alley.

I’m going to come right out and say it: I really enjoyed The Love Hypothesis by Ali Hazelwood!

Prologue: The story is about Stanford grad student Olive Smith, from Canada, who is studying pancreatic cancer detection after losing someone close to her. (No spoilers, but it’s not like it’s hard to see this backstory coming before it’s revealed.) She meets a tall, dark, handsome stranger while interviewing for grad school — she can’t see him clearly due to a contact mishap — and his encouragement and advice gives her the boost she needs to accept that she belongs in the school.

Fast forward two years: Ridiculous set up (that would never work in real life) to convince a friend that she is already dating someone else causes her to kiss everyone’s least favorite professor, the young, handsome, exceptionally intelligent but emotionally unavailable Adam Carlsen. She needs to pretend to have a boyfriend. He needs Stanford to not consider him a flight risk so they’ll release his research funding. You’ll never guess where this is going.

If you guessed fake dating, you were right.

I love the awkward moments where they are forced by circumstance to get to know each other. I love the slow burn of realizing who felt what for whom and for how long. I love the reveals about who was a secret jerk all along (though you’ll see it coming a mile away). I love the banter, both between Adam and Olive, and among Olive and her quirky, but well-written, roommates. I also really enjoyed the chapter structure with a hypothesis at the beginning of each one that hints at what’s coming.

Is the book a little shallow? Yes. However, it still manages to address some key issues about what it’s like to be a woman in a scientific grad program, and what it’s like to be emotionally stunted by trauma. And the book gets an A+ for mutual consent before sexual activity. (Note: there is one actual sex scene in the book, and it does get explicit, and it goes on for quite a bit — though that seems only fair since there’s just the one. So if you don’t like explicit sex scenes, this one may not be for you. However, it is very clearly telegraphed that’s what’s about to happen, so you can always skip that part.)

If you’re looking for a fun read full of romance, and you’re willing to dive a little bit into difficult subjects, and you love a slow burn, this could be a great book for you.

Have you read The Love Hypothesis? Let me know what you thought in the comments! Or if you have any favorite slow burn or enemies to lovers romances (think Anna and the French Kiss or The Hating Game) that I should try, let me know!