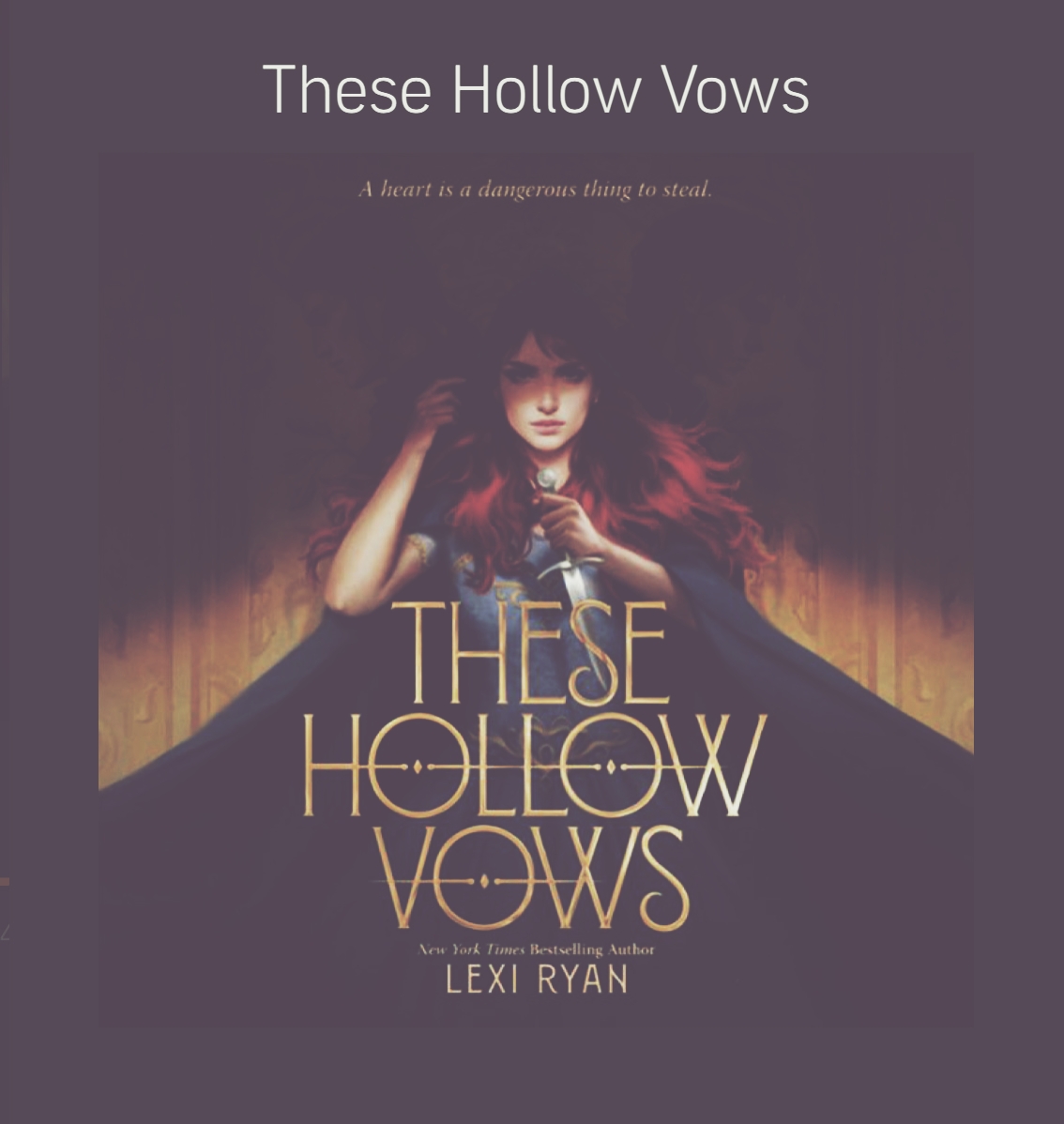 Our March book club read was These Hollow Vows by Lexi Ryan.

We started a book club with a few friends in the fall of 2021 for a once-per-month book discussion. We don’t always agree, and we don’t always end up loving the books we choose, and we don’t always spend a lot of time talking about the assigned book. But, maybe even more importantly, we do a great deal of laughing at every meeting and it’s a bright spot of camaraderie each month.

We’re starting a new series of posts this year where we recap some of our thoughts on the monthly book following each meeting.

Amy
This month’s Book Club selection was an improvement for me over last month’s read. I listened to the audio book and really enjoyed the reader, and I found the pacing of the story kept me engaged and interested throughout the book. Unlike some of us, I did not immediately realize where things were heading, but I did eventually unpick enough threads that I figured out one of the main plot twists earlier than the author may have intended. I enjoyed the Seelie/Unseelie, good vs. not quite as good plot device.

I did not love how emotionally stupid the main character is. I need YA authors who do love stories to stop relying so heavily on love triangles where you facepalm as the reader as the girl in the story makes ill-advised, after ill-advised romantic decisions (I was only slightly less frustrated by Brie’s romantic choices than I was the chick from The Witch Haven). I get it, these dudes are both attractive – I mean, they’re FAE. But maybe figure out how to look past the pretty faces a little more diligently, ladies. Why do female characters in fantasy stories who are smart in so many ways have to consistently stupid when it comes to boys?

Overall, though, I liked this book enough that I want to know how things work out and will definitely read These Twisted Bonds when it’s eventually released. 🙂

I liked this book, perhaps more than is warranted by the writing. It reeled me in very quickly and I had fun getting to know the characters. Is it the best writing? Nope. Am I going to read the next installment? You betcha! There were a few moments with the protagonist towards the end that I really enjoyed. It has some really clumsy attempts at social commentary that I did not enjoy at all, but they were brief so I’m going to ignore those. Ha. Long live library pixies!

Overall, this was a fun read.

On the minus side, there were story issues, such as the stupid love triangle and the MC who is supposedly so hard-done-by that she can’t trust anyone and then just blindly trusts all the handsome fae boys. Plus, there were clearly echoes of other stories (like Cinderella and Court of Thorns and Roses) in there, which made me feel like I’d “heard it all before.” (Although, If I hadn’t already read CoTaR it might not have been as easy to guess what was going to happen in this one — I have a note I wrote to myself when I was 10% in to the story about what I thought was going to happen, and it turned out everything I guessed was basically right).

On the plus side, that scene in the Unseelie throne room with the crown. I don’t want to spoil it, but that was one scene where I felt genuinely surprised (in a good way!) by what the MC did. Another plus: I listened to this one, and the audiobook narrator did a nice job.

For me, it wasn’t amazing and it wasn’t terrible. I’m also going to read the second one (though I didn’t love the world enough that I feel like I have to rush out and get it as soon as it’s released this summer), because the author ended it at an interesting place and I’d like to know where she takes it from there.

Have you read These Hollow Vows? We’d love to hear your thoughts in the comments! Or, let us know whether you think you’ll try it based on our review.

P.S. If you’d like to follow along with our book club reads, stay tuned for the Thursday post where we’ll reveal our TBR selection for April book club!