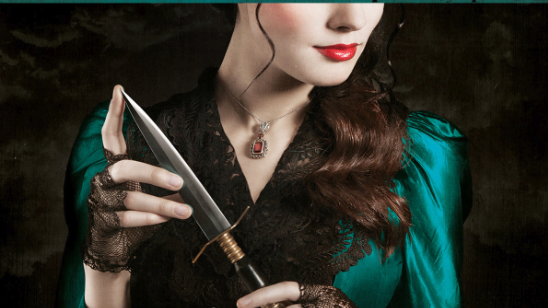 Fair warning: I have only read three of the four books in the Stalking Jack the Ripper series by Kerri Maniscalco. However, I’m reviewing now because I’m not sure I’m going to bother with the fourth book. After you read this post, please vote in the comments whether you think I should finish the series or not…

Based on that intro, you may think you know what I’m going to say. And you probably mostly do.

I’ll do my best not to spoil too much, in case you want to give these books a try. My main positive comment overall is that the writing is pretty good (from a technical standpoint), and the stories move fast with lots of action. Also, the covers are pretty. So if you’re looking for a quick, YA-level read that has an interesting premise, you may want to just go pick up the first one and form your own opinion.

However, if you want to know the details of what I did and didn’t like about them before you vote on whether I should read the final installment, and knowing that there may be a few little spoilers (although I solemnly swear not to tell you whodunnit), read on. 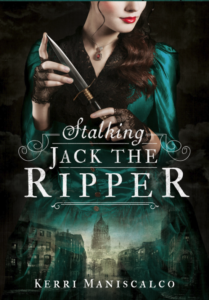 We are introduced to our intrepid heroine, Audrey Rose Wadsworth, a 17-year-old girl in Victorian-era London. She’s nOt LiKe OtHeR gIrLs and the author wants to make sure you know it, mostly by describing how very much Audrey Rose wants to dissect cadavers in her uncle’s workshop rather than wasting her time on gowns and fripperies. (At first, this was…fine. I get it, the author is trying to establish that this girl breaks society’s norms. But how many times does she have to declare it before the lady doth protest too much?)

And who do the police turn to when someone starts killing women? Audrey Rose’s uncle, of course! And so she finds herself chasing red herrings around a variety of crime scenes with her uncle’s hunky assistant (who’s a bit of an a-hole in the first book, though this fact does not stop her heart from fluttering when she sees him), while everyone around her (from her strict father, to her strict aunt, to her less-strict-but-still-thinks-she-should-be-a-girly-girl brother) scolds her for being — you’ll never guess — not enough like other girls. Shoehorn in the requisite forced YA love triangle and you have this book in a nutshell.

Positives were that the author clearly did her research about the era and those famous murders, and she genuinely did try to come at this overworked subject from a new angle. Plus, it was the author’s first published book, which I always like to give extra leeway for because some authors get so much better after the first one or two. And so I found myself immersed in her world once again when I borrowed the second book. 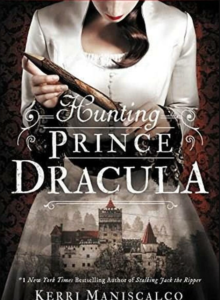 Audrey Rose and the hunky assistant (Thomas Cresswell, described in the Goodreads blurb as “arrogant yet charming”) find themselves traveling to Romania where they will be studying at one of Europe’s best schools of forensic medicine. Except that there are only a few spots in the program and they have to compete with more than a dozen others — all men — for the spots. The book starts with a train journey and a mysterious death, and once they get to the school there are a bunch more mysterious deaths. If we didn’t know who Jack the Ripper was from the first book’s ending, we might start to think Audrey Rose was killing people because death follows her everywhere!

Between stolen moments with Cresswell, and veiled threats that are maybe meant to be flirting (another unnecessary love triangle, anyone?) from a prince who is also somehow there to study forensic medicine, plus some mild hallucinations, Audrey Rose must investigate these surprising deaths, which seem like a vampire is on the loose. There were some strange things that happened in this book, and a lot of sweeping secrets under the rug for what seemed like literally no reason, but possibly the strangest was how everyone was like, “oh, another death? Let’s get them into the morgue for dissection.”

I mean, it was fine. If you liked the first one, you’ll probably like this one too. I guess I liked it enough because I went on to read the third book. 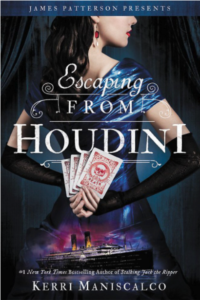 In this book with my favorite cover and least favorite plot of the series, Audrey Rose and Cresswell find themselves on a ship bound for America, and there’s entertainment in the form of the Moonlight Carnival. Plus, a masked ringmaster who goes by Mephistopheles and, though he’s always wearing a mask, Audrey Rose can tell he’s hunky. The love triangle is much more obvious, and if possible, even more forced in this one. After a murder happens right at Audrey Rose’s table during one of the Moonlight Carnival performances (and, as in the second book, they are all more blasé about it than I think I’d be if someone dropped dead at my dinner table), the race is on to catch a killer before they kill again!

Spoiler alert: they do kill again. And then again. And maybe even one more time for good measure. And the dead bodies are displayed in ways similar to tarot cards, because of course. Oh, EVERYONE at the Moonlight Carnival knows tarot, you say? So many red herrings. But we should definitely let the performances continue because… reasons. And Audrey Rose is investigating the crimes with Mephistopheles now instead of with Cresswell because… reasons. And she shouldn’t tell Cresswell what she’s found out because… reasons. While the whole idea of the Carnival was pretty cool, execution was slightly less so. Plus, the ending was just stupid. I hate it when characters don’t talk to each other.

While many people on Goodreads genuinely loved this book (some even said it was their favorite one of the series), many others agreed with me that this book was a mess to which heat had been applied. A heated mess, if you will. 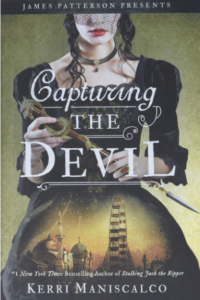 And now, gentle reader, comes the big question. Do I bother reading the fourth book and finishing out the series?

From Goodreads: “In the shocking finale to the bestselling series that began with Stalking Jack the Ripper, Audrey Rose and [name redacted in case you think it might be a spoiler for book 3] are on the hunt for the depraved, elusive killer known as the White City Devil. A deadly game of cat-and-mouse has them fighting to stay one step ahead of the brilliant serial killer—or see their fateful romance cut short by unspeakable tragedy.”

Would you read it? Have you already read it and you can give me inside information that might save me from my own bad choices?

Cast your vote in the comments!