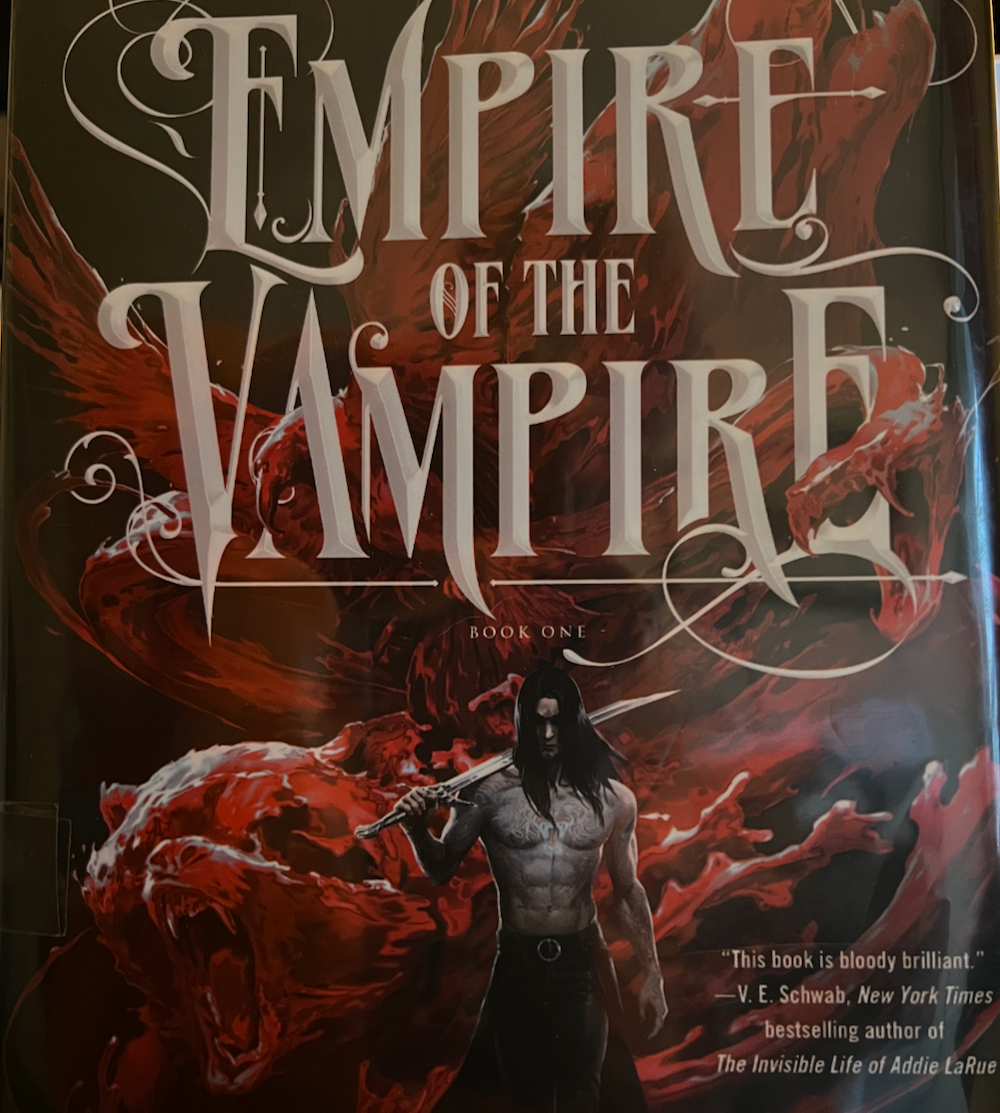 The time when you get a peek into my TBR list! Here’s what’s on the docket for the next few weeks:

Empire of the Vampire by Jay Kristoff — This 700+ page tome is a fantasy that, no surprise, is mostly about vampires. It’s also an interesting look at faith, monsters, the way organizations can be corrupted, and it has a real Witcher vibe. If you enjoyed Kristoff’s Nevernight series, you will definitely enjoy this one (if you hated the footnotes, no worries – there are no footnotes in this one). There’s a bit of gore, and quite a bit of swearing, but the story is told well and I’m very interest.

The Part About the Dragon was (Mostly) True by Sean Gibson — It’s supposed to be a Terry Pratchett style tounge-in-cheek narrative about a town being (sort-of) terrorized by a dragon, and the (sort-of) heroes who will (probably) save them. Looked cute. Might DNF later.

Throne of Jade (Temeraire #2) by Naomi Novik — I mentioned this one in my last book challenge check in post as a possibility to fill my dragon requirement, and I figured it doesn’t hurt to have two dragon books in the hopper. It’s the Napoleonic wars, but with dragons as an air force. I loved the first one, so I have high hopes for the second!

The Sum of Us: What Racism Costs Everyone and How We Can Prosper Together by Heather McGhee — I was looking for a book to fulfill my social justice requirement for the 2021 reading challenge list and the title of this one sounded so hopeful that I had to check it out!

A People’s History of the United States by Howard Zinn — I’m a finisher. Just like I doubled down on the dragon books, I also doubled down on the social justice books to be sure I fill the last two items left on my reading challenge. This one was recommended on a bunch of lists, and seconded by a friend.

The Matzah Ball by Jean Meltzer — With all of that heavy reading, I also checked out a lighter holiday romance. This one is about a Jewish woman who is secretly a romance writer who loves (and writes about) Christmas… until her publishers task her to write a Hanukkah romance. That setup feels a little bit ick (“you’re Jewish; write about Hanukkah”), but it seems like it might be different than other holiday romances, and people seem to think it’s cute, so I’m going to give it a try.

The Mystery of the Blue Train by Agatha Christie — Another Hercule Poirot I’ve never read. What could be better around the holidays than a classic murder mystery?

Poirot Investigates by Agatha Christie — Once you’ve downloaded one Agatha Christie, Hoopla will keep suggesting other ones. And so I find myself with two new Poirots to enjoy. I could have gotten a bunch more, but figured there was no way I’d be able to finish them all during the loan period, so I tried not to get greedy.

The Other Side of the Sky by Amie Kaufman & Megan Spooner — I have been delighted by the books that Kaufman writes as a duo with Jay Kristoff (The Illuminae Files and The Aurora Cycle) The description reads, “a gripping tale of magic and logic, fate and choice, and a deadly love. Perfect for fans of Laini Taylor and Brandon Sanderson.” In that case, it sounds perfect for me!

What are you reading the next few weeks? Let us know in the comments!