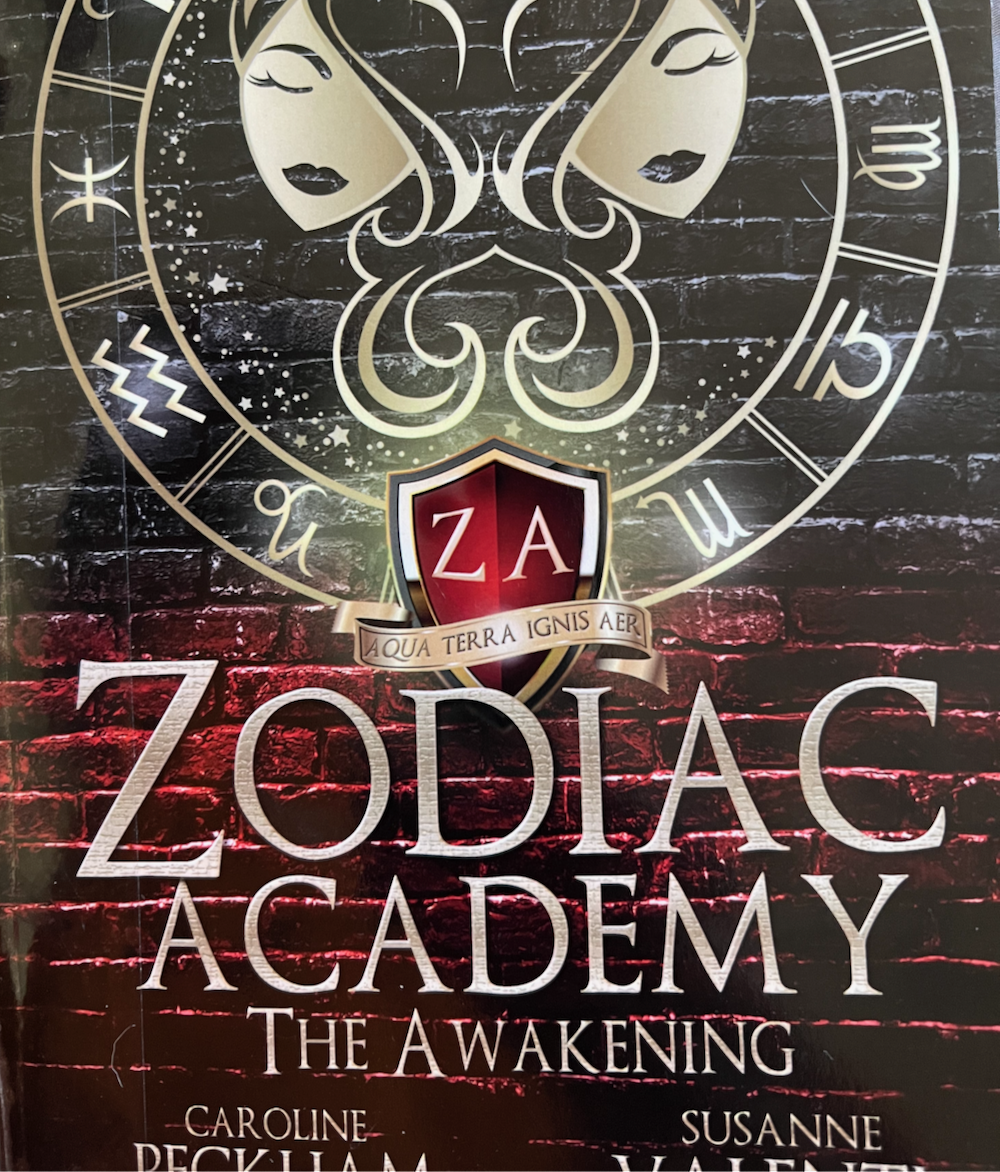 So many audiobooks, so little time!

In addition to a couple of print and ebooks, I’ve got a ton of books already downloaded in my library app (in fact, I have a number that have come up from hold that I’ve had to put off because I have too many; see, Amy? I DO know how to say no to a book sometimes ;). Hopefully I can listen to them all before they return…

In Deeper Waters by F.T. Lukens — A young prince, kidnapped by pirates, has to rely on a ‘mysterious stranger’ to help save his life. Goodreads says it’s “a swoony adventure that is The Gentleman’s Guide to Vice and Virtue meets Pirates of the Caribbean.”

The Awakening (Zodiac Academy #1) by Caroline Peckham and Susanne Valenti — This is the story of twins who are long-lost princesses who grew up in the mortal world, and also they have elemental magic, plus they’re fae, and maybe can shapeshift. They have to look out for all the vampires and werewolves and sirens in the world they don’t really understand, and everyone is really handsy. I’m about halfway through this one and it’s a bit of a hot mess, but I want to keep reading. I guess, not every book has to be great, sometimes I’m just reading for the heck of it.

The True Confessions of a London Spy (The Secret Life of Mary Bennet book 2) by Katherine Cowley — This series follows one of the lesser-known Bennet sisters from Pride & Prejudice (my favorite Jane Austen book) as she embarks on a new life as a spy in… you guessed it: London. The first one was a bit slow, but did create interesting character development for Mary, and was interesting enough that I wanted to read the second.

Kiss & Tell by Adib Khorram — This one is a YA contemporary about a boy in a boy band who falls in love with another boy in another band… I’m not making it sound as good as it probably is. I’m very excited to read this one.

The Guernsey Literary & Potato Peel Pie Society by Annie Barrows — I was discussing with a friend how I don’t like WWII stories, except if there is a bookstore or a woman who is a spy. Those this book is not exactly either of those, my friend assured me that this is a WWII book I will likely enjoy, so I’m giving it a try.

The Bone Witch by Rin Chupeco — A necromancer with elemental magic. Not sure what else the story is about, but I was already in.

The Friend Zone by Abby Jiminez — A contemporary romance where a woman planning her friends wedding falls for the best man. A friend loves this series, so I’m going to give it a try.

The Giver of Stars by Jojo Moyes — Two books about the women who ran the traveling library in depression-era America came out within months of each other in 2019; I have already read (and enjoyed) The Book Woman of Troublesome Creek by Kim Michele Richardson. This is the other book, which I’ve heard is also very good.

The Heir Affair (Royal We #2) by Heather Cocks — This is the second in a contemporary series about a common girl who meets the handsome prince of England at school at Oxford, and falls in love. It’s basically William & Kate fan fic, if you want to think of it that way. The first one was good, so I’m reading the second.

So many exciting books on my list for the next few weeks, I hardly know where to start! How about you? Let us know in the comments what you’re reading this week!