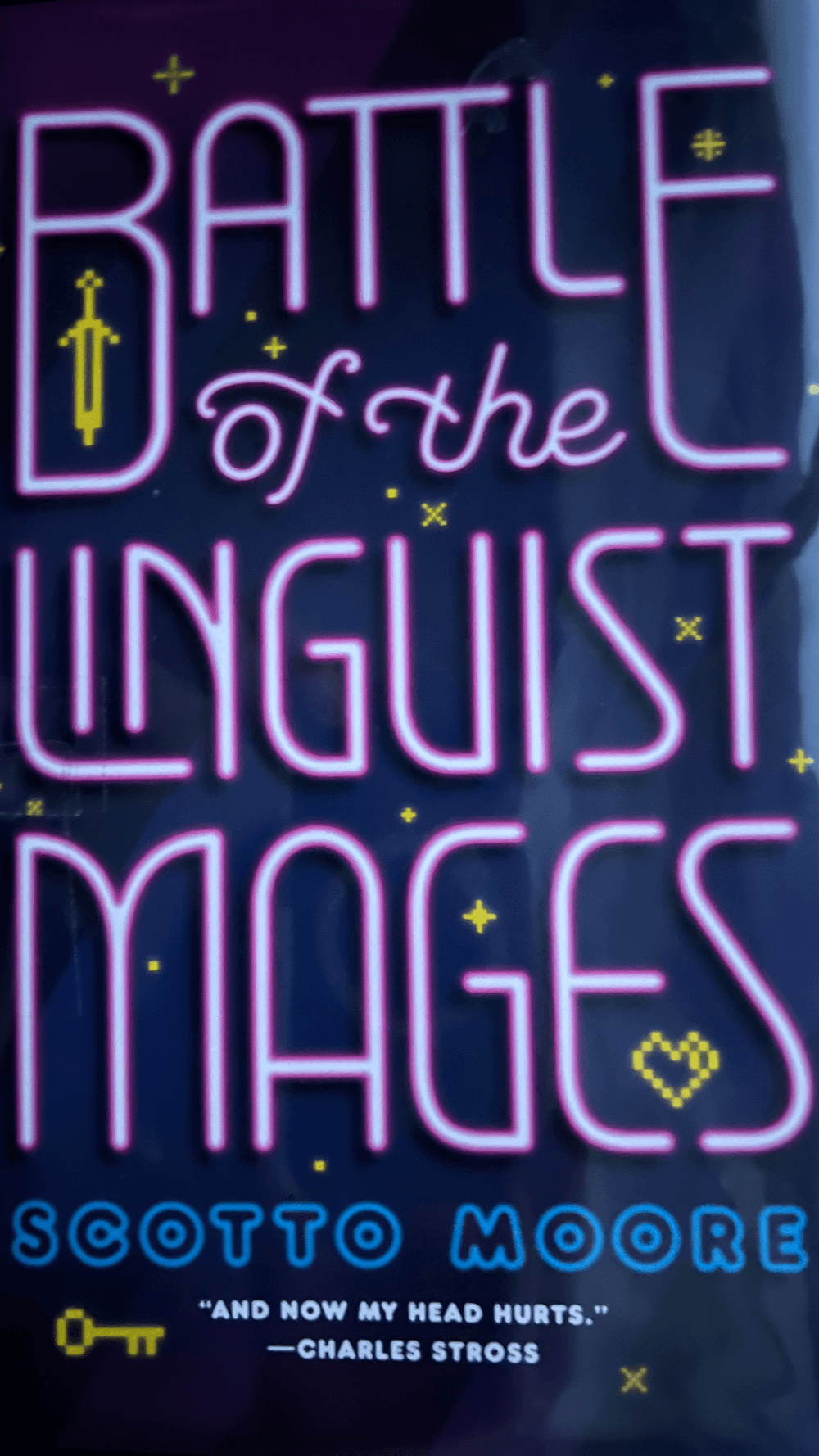 I got on a bit of a graphic-novel-borrowing kick from the library a few days ago, so I’ve got quite the list of those to go with my usual plethora of books and audiobooks to read for the next few weeks:

Battle of the Linguist Mages by Scotto Moore — Seems to be set both in a (near future?) real world as well as a medieval rave-themed VR game called Sparkle Dungeon, and is the story of a woman who has to battle with words (or, anyway, morphemes) to save the Earth. What’s not to like?

Pantheon High (vol 1) by Paul Benjamin — A graphic novel series about demigods who are the teenage children of Norse, Greek, Egyptian, Japanese, and possibly other pantheon, gods, all attending a private high school together. Could be good? I’ve checked out vol 2 as well, and will read that one if I like the first one enough.

Sherlock: A Study in Pink (vol 1) — This is the first volume of a serialized manga adaptation of the Moffat / Cumberbatch Sherlock series. I’ve checked out vol 2 as well, in case I love it as much as I hope I will.

Starry Eyes by Jenn Bennett — A contemporary teen romance with enemies to lovers and stuck together tropes. Based on the description, it reminds me of a Morgan Matson or Rachel Lynn Solomon book.

Laetitia Rodd and the Case of the Wandering Scholar by Kate Saunders — I enjoyed the first Laetetia Rodd mystery that I mentioned in my last TBR, so I’m moving on to the second. They are sort of a cozy mystery series with an older (i.e. 50s) female sleuth, set in the mid-1800s.

My Man Jeeves by P.G. Wodehouse — I’ve seen some of the Jeeves & Wooster series with Stephen Fry and Hugh Laurie, and I’m very interested to read the book behind that delightful British comedy. Originally published in 1919, it’s a bunch of short stories about a butler (Jeeves) who must take his young, man-about-town charge (Bertie Wooster) in hand when he gets into scrapes.

The Last Bookshop in London by Madeline Martin — Another WWII story. I guess I can’t keep saying it’s unusual for me to read WWII stories. This one doesn’t quite fall into my sweet spot (female spies), but it was highly recommended by people I trust, so here goes…

Stalking Jack the Ripper by Kerri Maniscalco — A YA horror(?) / mystery about a teen studying forensic medicine (as it was at the time) to solve the Ripper murders. I mean… could be pretty good?

The Man Who Died Twice by Richard Osman — This is the second “Thursday Murder Club” mystery, wherein a group of octogenarians at an assisted living home solve cold cases, and I enjoyed the first one quite a bit, so I’m looking forward to this one.

The Atrocity Archives by Charles Stross — An IT tech working for a super-secret government agency gets in over his head with “spycraft, parallel universes, dimension-hopping terrorists, monstrous elder gods and the end of the world.” Sounds good to me!

What are you reading this week? Drop us a comment and let us know!