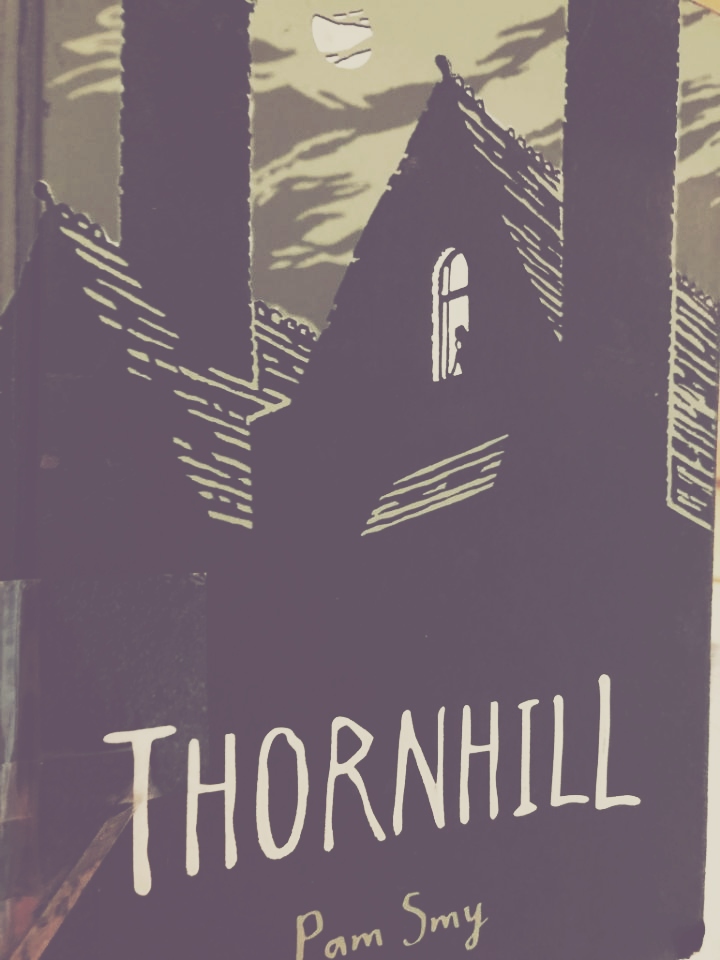 It’s November, which means NaNoWriMo month for some of us. However, just because I’m on a tougher writing schedule this month doesn’t mean I’ve stopped reading. Here’s my TBR for the next few weeks:

Thornhill by Pam Smy:  I picked this one up in October as a Halloween read, but am just getting to it now. It’s described as “Parallel plotlines, one told in text and one in art, inform each other as a young girl unravels the mystery of a ghost next door.” While I don’t love horror, I think this one (which I found in the children’s room at the library) might be just my speed!

The Light of All That Falls by James Islington — Still working on this one. It was on my TBR three weeks ago, but I just keep prioritizing other books. I really have to get to this one before my renewals run out!

The Lost Fairy Tales (Pages & Co book 2) by Anna James:  This is the current one I’m listening to with my kids. It’s the second in a middle grade series about ‘bookwanderers’ — people who can go into their favorite stories and interact with characters. Lots of fun!

Among the Beasts & Briars by Ashley Poston: This one is about twisted fairy tales, by the author of the Once Upon a Con series that I enjoyed, so I’m excited to get into it.

Evertrue by Brodi Ashton: This is the third book in the Everneath trilogy, sort of a Hades & Persephone retelling mixed with other references to Greek and Egyptian myth. These books have been okay, if a bit slow, but I am genuinely interested to find out how things end. Plus, the covers are gorgeous.

The Twilight Series by Stephenie Meyer: After I finished Midnight Sun (from my last TBR), I realized I’d forgotten a lot of what happened in the Twilight books. It’s been about 12 years since I read them the first time. So I decided to listen through to the main four, squeezing them in between my other audiobooks. Since it’s a re-read, I’m choosing not to count these four towards my Goodreads goal for the year.

What are you reading this week? What suggestions do you have for me when I have a good amount of reading time again (after November is over)?