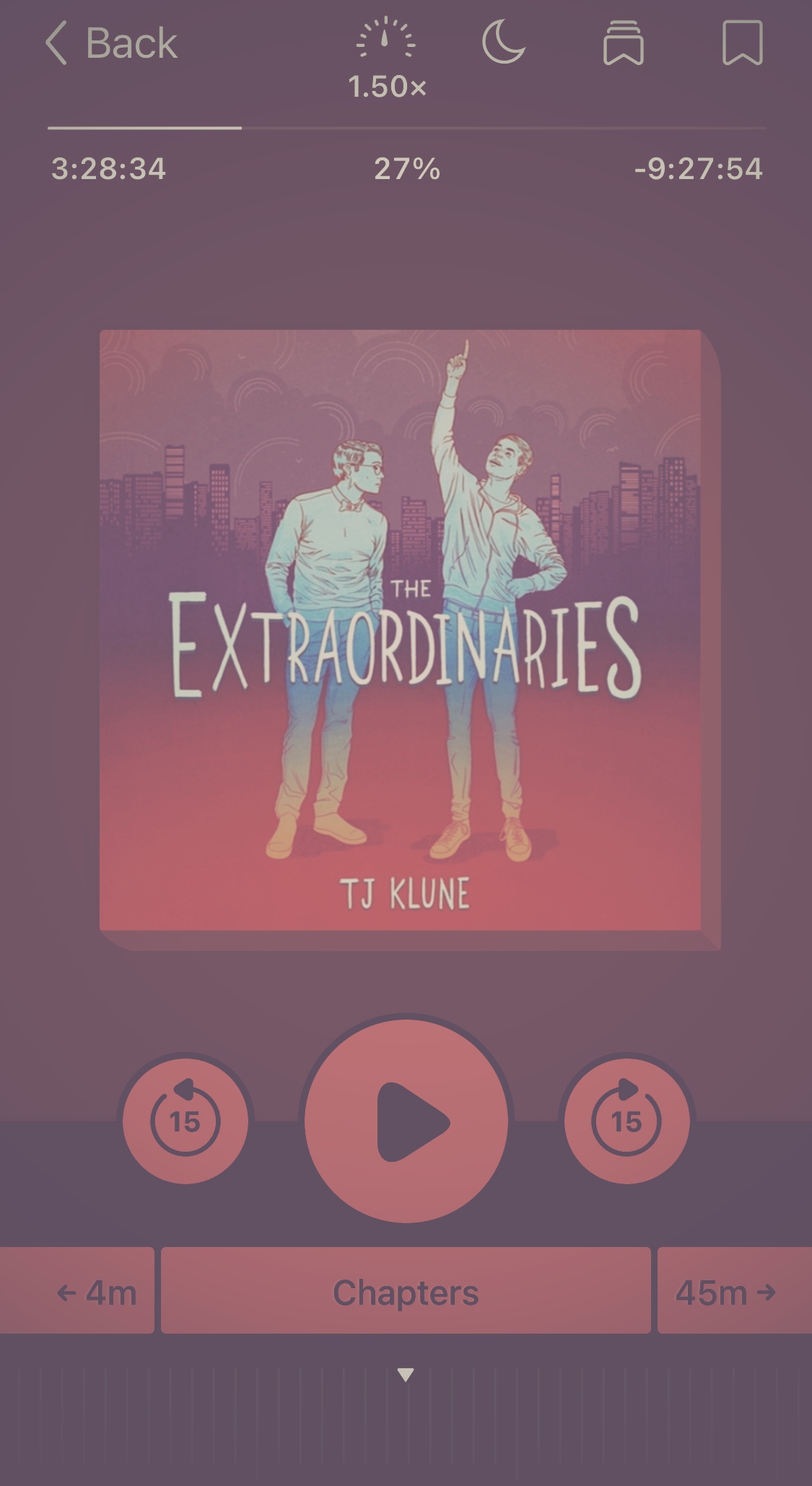 This week my TBR is pretty up-in-the-air, to be honest…

I’m currently listening to The Extraordinaries by T.J. Klune, which I mentioned in my last TBR as being up next on my hold list. I listened to the first 3.5 hours in one day, and then got completely sidetracked by cross stitch and true crime documentaries on YouTube… And now it’s due back on Friday and I’m not allowed to extend my borrow, so it’s time to crack down and stop messing around! LOL This one is honestly much more fun than I was even expecting – because not only is about a Superhero fanfic writing kid, it turns out superheroes are real in this world, and I’m pretty sure I know who their alter-egos are, already. Guess what I’ll be doing today? 😉

I’m also planning to give Mr. Malcolm’s List by Suzanne Allane a try, because it sounds like exactly the type of the schmaltzy romance I love. In this one Selina, the Vicar’s daughter, finds out that her her friend is trying to use her to get back at the wealthy Mr. Malcolm, who has created a list of qualities he wants in a wife that Julia, herself, could not meet. Obviously Selina is not about to be used as a pawn – particularly not against Mr. Malcolm, who seems to be a lovely person in more ways than just how he looks. I mean. Come one – the vicar’s daughter has a spine, and Mr. Malcolm has clearly boxed himself into unending loneliness because of his stupid list, so clearly I need to read this one. LOL

The other book on the short list, this week, is The Princess Will Save You by Sarah Henning. When King Sendoa dies unexpectedly, his sixteen year old daughter’s commoner boyfriend is kidnapped by a neighboring kingdom and used as a pawn to force her to marry a stranger in order to keep her throne. But Princess Amarande is no shrinking violet, and sets off to save her true love and tell me this isn’t a role-reversal Princess Bride? I’m excited to give this one a try!

What’s on your TBR this week? Have you read any of the books on my list this week? Tell me all about it in the comments, below!