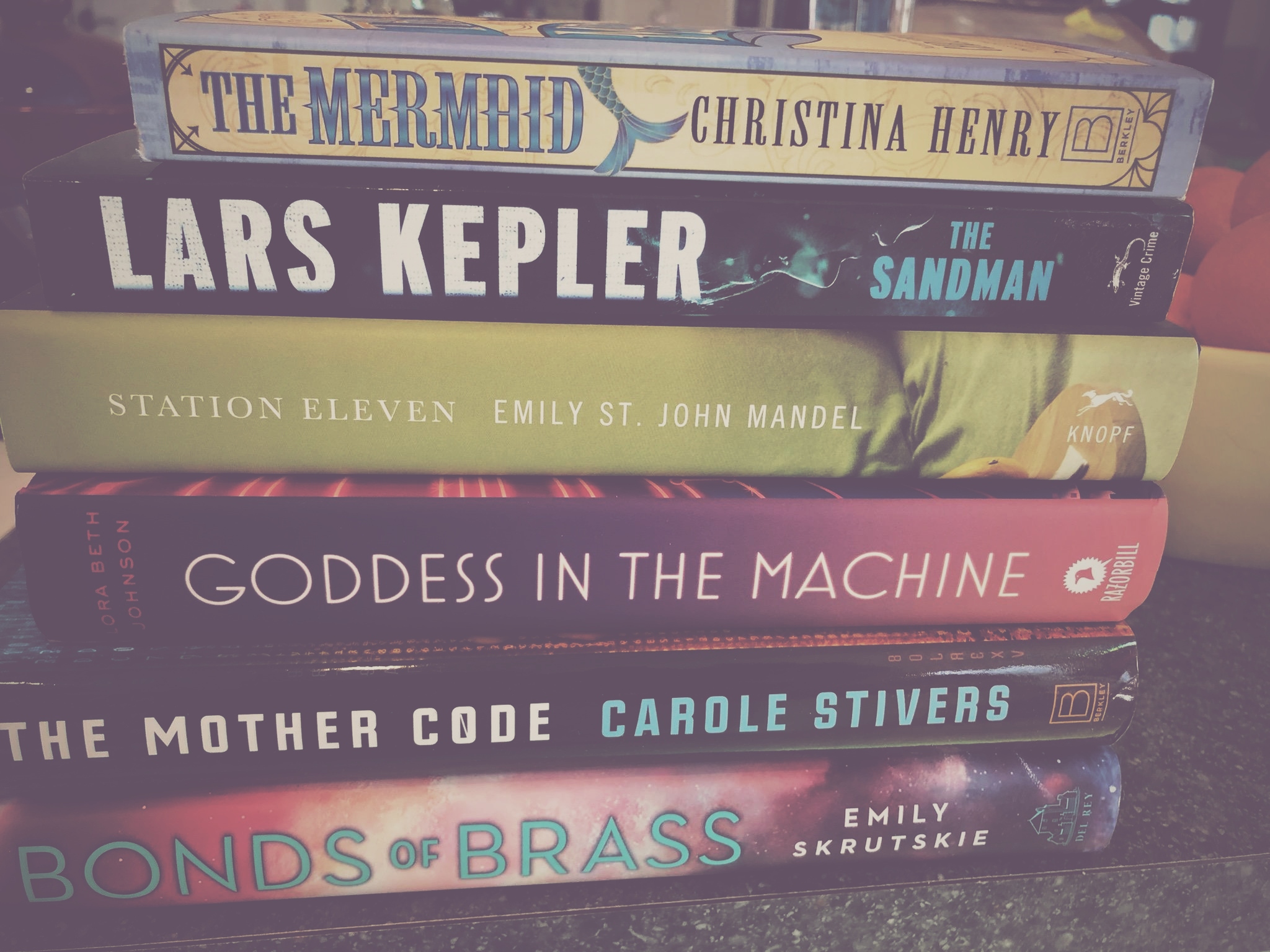 It would have been our third year attending BookCon in NYC this past June.

But this year, I’m sure I don’t need to tell you, has been a bit strange. As of April, all cons were being cancelled, and a bunch of events were pushed online.

I attended a few of the early online con events (before Zoom fatigue began to set in), and entered a boatload of drawings. And even though it wasn’t the same as the stack of ARCs I usually bring home from BookCon, it was a delight to still receive a few free books in the mail.

One of these events was VirtualCon, and I was one of the winners of a Penguin Random House prize pack.

Of course, with shelter-in-place rules, the Penguin team couldn’t get back to their NYC offices right away, so we were informed our prizes would be delayed.

No problem at all. I can wait for free books.

Then came the email that launched a thousand responses (at least, in the BookCon FB group):  Penguin announced that they were sorry, but they still couldn’t get back into their offices and they’d have to cancel all prizes.

Oh, that’s too bad. I guess no free books.

You would have thought someone was announcing a famine. Yes, I was also disappointed, but the thing is, they were free books. It’s not like we paid for a thing they weren’t going to fulfill. Some of the responses ranged from “how dare you, Penguin!” (I mean, really?) to “they’re fulfilling prizes for other cons, why not this one?” (because they had no idea how long they’d be out of the offices, and by the time the other cons rolled around they were able to plan better).

Long story short, the uproar was enough that Penguin sent another email. In this one, they apologized and offered to send everyone at least one book, not necessarily an ARC but definitely something worth having, to make up for the gaffe.

Excellent! It’s back to at least one free book!

The other day, I received a package on my porch and it held the six (!) books you see in the image. Penguin Random House really came through with some exciting titles, some of them in hardback, and at least one that I was really looking forward to.

Final thoughts: Every year we’ve been to BookCon, there’s always someone who’s mad about not getting the ARC they wanted. Or who’s pushing and shoving in line because they want to grab more free books. Or who’s upset with the way a company is running their booth.

When you’re getting free stuff, it’s probably better not to look the gift horse in the mouth. You can argue that BookCon costs money, but I always walk out of there with way more in ARCs than the cost of the ticket, even if it’s not the exact one I wanted.

And VirtualCon literally WAS free. I think it was generous for Penguin to participate in VirtualCon, and kind of them to offer prizes, and when they did a thing that made people mad, it was great of them to remedy that as best they could.

Thank you kindly, Penguin, for taking care of your readers. I’m excited to read those books!