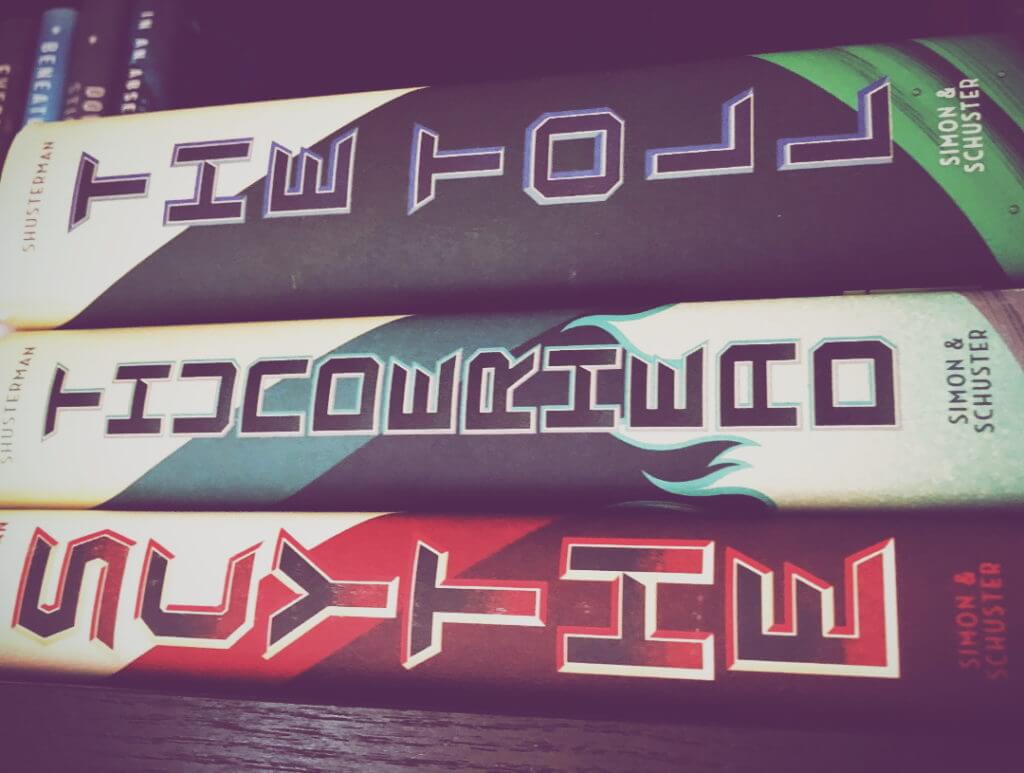 “Without the threat of suffering, we can’t experience true joy.”
― Neal Shusterman, Scythe

Arc of the Scythe – A Spoiler-free Recommendation

In June 2018, I decided to take the word of the various BookTubers who were going on and on about how amazing Scythe by Neil Shusterman was, and gave it a shot.

I mean, holy cow it was SO good. I absolutely inhaled it, and finished it in just over 2 days of reading.

And then, in August, I read Thunderhead (book 2) while on vacation. I saved it for the occasion. I remember texting Jae to say, “seriously, this book is so damn good!”

At a high level, The Arc of the Scythe trilogy tells the story of a near-future world where man has evolved and conquered death. Natural death, disease and even war have been eliminated. Lifespans can be indefinite. Governments no longer exist and all of humanity is governed by the Thunderhead.

I’m sure you’re thinking: “But what about population control?”

Enter the Scythes, a group of people selected and trained to cull human lives in order to control the population and keep the world from being overrun with a never-ending (literally) supply of humanity.

I’m going to tread carefully on going into too much detail because I don’t want to spoil the stories, but Scythe (book 1) begins with the selection of the newest round of Scythe recruits. Each are assigned a mentor who will train them on the responsibilities that come with the title. Let’s just say – not all Scythes are cut from the same cloth.

“The greatest achievement of the human race was not conquering death. It was ending government.”

Given the current political climate, this trilogy is timely and important. Some of the key themes to consider include:

These books are thought provoking without being creepy. Frightening without being scary. They’re loaded full of suspense and characters that I love, sometimes hate, and became fully invested in. I’ve had The Toll (book 3) on pre-order since July and it was finally released on November 5. My jealousy for those of you who didn’t have to sit, and stew, and wonder about the gigantic cliffhanger that is the end of Thunderhead cannot be accurately captured in words.

It bears mentioning that you should try not to let any feelings you have about reading YA books as an adult deter you from reading these books. Even if you don’t usually read YA, these are so damn good you won’t even think about the ages of the main characters.

What did you think of Arc of the Scythe? Let me know in the comments — I’d be glad to talk about this all day!